What Do an Apology, Reconciliation, and a Sacred Obligation to Constitutionally Guaranteed Rights of First Nations Look Like in Canada? 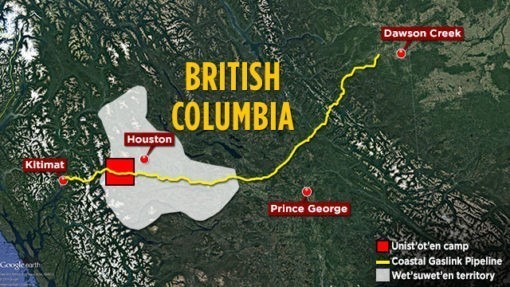 They send a hundred RCMP to go protect a pipeline and not protect people’s lives so we need to push back. They put industry, they put fracking, they put gas and oil over everyone’s lives.

In the nineteenth century, Gilbert Malcolm Sproat, a colonial official, wrote an account — The Nootka: Scenes and Studies of Savage Life — of his time among the Nuu Chah Nulth people on the west coast of Vancouver Island. He noted that the Nuu Chah Nulth (mistakenly first called Nootka by captain Cook) have “known every inch of the west coast for thousands of years.” In his account, Sproat recorded a conversation that he had had with a Tseshaht chief.

Sproat: “Whether or not, … The white men will come. All your people know that they are your superiors…”

Chief: “We do not want the white man. He will steal what we have. We wish to live as we are.”

The brunt of Sproat’s message: the white man would decide, and the Indigenous peoples had only to obey.

It took many years, but indigenous rights would later become codified. On 21 June 2021, the federal government of Canada overcame its initial objections and gave royal assent to the United Nations Declaration on the Rights of Indigenous Peoples (UNDRIP).

The annex to UNDRIP calls for:

Encouraging States to comply with and effectively implement all their obligations as they apply to indigenous peoples under international instruments, in particular those related to human rights, in consultation and cooperation with the peoples concerned,

There are several Articles within UNDRIP that would militate against Canada’s invasion of the unceded territory of the Wet’suwet’en First Nation — done to push through a corporate pipeline. However, Article 26 should suffice to demonstrate that Canada is in violation of UNDRIP:

1. Indigenous peoples have the right to the lands, territories and resources which they have traditionally owned, occupied or otherwise used or acquired.

2. Indigenous peoples have the right to own, use, develop and control the lands, territories and resources that they possess by reason of traditional ownership or other traditional occupation or use, as well as those which they have otherwise acquired.

3. States shall give legal recognition and protection to these lands, territories and resources. Such recognition shall be conducted with due respect to the customs, traditions and land tenure systems of the indigenous peoples concerned.

The Wet’suwet’en First Nation, who have been indefatigable in defense of their land, issued a statement through the Unist’ot’en Solidarity Brigade after the RCMP invaded their territory:

They came in with assault rifles and dogs, and without a warrant, used axes to break down the door of the cabin Sleydo’ and Chief Woos’s daughter were in, and violently removed them from their territory.

Of the people arrested yesterday, most were released this afternoon. Five people refused to sign conditions of release that barred return to the territory and are being brought to jail in Prince Rupert where they face court on Monday.

Is this how past violations are patched up?

The Truth and Reconciliation Commission (TRC) was convened in January 2008 to gather testimonies of the survivors, families, communities, and others about the Indian Residential Schools under the aegis of the federal government and churches. (Kevin Annett has spoken for years of the unmarked graves of residential school children in Canada. Despite much denigration in the mass media, he remained firm in his conviction; therefore, he has gravitas into the crimes of state. In the preamble of his book Murder by Decree, he writes that it was “prompted by the enormous miscarriage of justice engineered by the government and churches” and “written as a corrective response to [the TRC’s] unlawful and deceptive efforts to conceal the extent and nature of deliberate Genocide in Canada by church and state over nearly two centuries.) An amendment to Canada’s racist Indian Act paved the way for the Indian Residential Schools. The purpose of the residential schools was to disappear the Indian. The deputy superintendent general of Indian Affairs, Duncan Campbell Scott, made this crystal clear in his testimony before a Special Committee of the House of Commons in 1920:

I want to get rid of the Indian problem.
…
Our objective is to continue until there is not a single Indian in Canada that has not been absorbed into the body politic and there is no Indian question, and no Indian Department, that is the whole object of this Bill.

On 11 June 2008, prime minister Stephen Harper apologized for the Indian Residential Schools. Not everyone was impressed by the apology. As Indigenous activist Mike Krebs noted, “If there is one thing that Mr. Harper’s ‘apology’ provided that could be considered groundbreaking or new, it’s the idea that there can be crimes without criminals.” At its conclusion, the TRC issued a six volume report in 2015 that included 96 Calls to Action for the federal government to bring about reconciliation.

What do the steps toward reconciliation look like in Canada?

APTN National News has been underwhelmed by federal action on the Calls for Action. In an opinion piece on APTN titled “An inquiry is not enough for international crimes against Indigenous children at the Indian residential schools,” Cheryl Matthew, the Executive Director of the Protect Our Indigenous Sisters Society, wrote:

There was an apology, but for what use is an apology when there is little change in the actions that led to it?

Haven’t we suffered enough from pre-contact times to the genocide of the Indian residential schools and colonial policy where we lost our lands, languages, children, cultures and our families? At what point will the federal government of Canada stop its war against Indigenous people?

It is said that the best predictor of the future is the past. Based on reconciliation efforts—which up until today have been little more than lip service—it is clear that Canada will not stop its war against Indigenous people. We had the Royal Commission on Aboriginal Peoples in 1996, the Truth and Reconciliation Commission in 2015, the National Inquiry into Missing and Murdered Indigenous Women in 2019, and nothing has changed.

The Wet’suwet’en are also skeptical of Canada’s true intentions for reconciliation.

“I do not see any reconciliation in this. For our brothers and sisters of all Indigenous organizations, let this be a sign that reconciliation in their eyes is really the white paper in disguise.” -Dinϊ Ze’ Woos #WetsuwetenStrong #AllOutForWedzinKwa #ShutDownCanada #FreeSleydo pic.twitter.com/He7HajlfEW

It may be that some of the police were discomfited about trespassing on Wet’suwet’en territory in violent garb, but the fact that they obeyed orders instead of following their conscience speaks to integrity.

Do the RCMP’s actions reflect a “a renewed, nation-to-nation relationship with First Nations peoples” that Canada’s prime minister Justin Trudeau called for?:

It is time for a renewed, nation-to-nation relationship with First Nations peoples, one that understands that the constitutionally guaranteed rights of First Nations in Canada are not an inconvenience but rather a sacred obligation.

Just how is it that the Canadian government claims jurisdiction over unceded Wet’suwet’en territory? The Indigenous Peoples have been living on their land for at least 14,000 years, while so-called British Columbia was a colony formed in 1858, which confederated with Canada in 1871.

We call upon federal, provincial, territorial, and municipal governments to repudiate concepts used to justify European sovereignty over Indigenous peoples and lands, such as the Doctrine of Discovery and terra nullius, and to reform those laws, government policies, and litigation strategies that continue to rely on such concepts.

How is it that the government of the settler-colonial newcomers can legitimately or morally impose settler law over the law of the people who have inhabited the land for millennia?

If the territory is unceded by the Wet’suwet’en, then application of settler law must be null and void.

The Supreme Court of Canada Delgamuukw v British Columbia decision in 1997 held that the Wet’suwet’en People still possessed their land rights and titles to 22,000 square kilometers of land in northern BC. The ruling also recognized the rights invested in the hereditary chiefs.

Moreover, British king George III’s Royal Proclamation of 1763 stipulated that the territory east of Quebec was the Hunting Grounds of the Indigenous peoples where they “should not be molested or disturbed in the Possession of such Parts…”

Thus, both colonial law and Canadian law uphold Indigenous title. But should that even matter? Morally and legally, one would infer ipso facto that the people who have lived since time immemorial in a territory have the right of first occupation and that their law would apply in the territory.

In the interest of reconciliation, Call to Action 50 states:

In keeping with the United Nations Declaration on the Rights of Indigenous Peoples, we call upon the federal government, in collaboration with Aboriginal organizations, to fund the establishment of Indigenous law institutes for the development, use, and understanding of Indigenous laws and access to justice in accordance with the unique cultures of Aboriginal peoples in Canada.

Also applicable is Call to Action 42:

We call upon the federal, provincial, and territorial governments to commit to the recognition and implementation of Aboriginal justice systems in a manner consistent with the Treaty and Aboriginal rights of Aboriginal peoples, the Constitution Act, 1982, and the United Nations Declaration on the Rights of Indigenous Peoples, endorsed by Canada in November 2012.

Given all the aforementioned, a question begs: What the heck is Canada’s unwelcomed armed gendarmerie doing in the territory of the Wet’suwet’en people?

Apology to people of color in the ISO