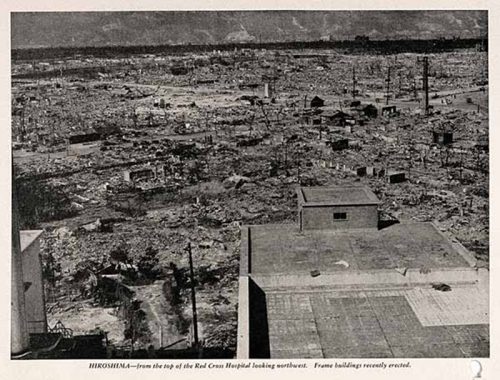 The Doomsday Clock has been sitting the past year at 100 seconds to midnight, the closest it has ever been to civilization-ending apocalypse. The United States has done little to quell doomsday apprehensions by ratcheting up tensions with China over Taiwan and its warships in the South China Sea, as well as with Russia over Ukraine, further NATO expansion, and missile deployment in eastern Europe. Will the first-ever Joint Statement of the Leaders of the Five Nuclear-Weapon States on Preventing Nuclear War and Avoiding Arms Races help to put a damper on any potential conflagration?

An analysis of the statement seems called for.

Joint Statement: The People’s Republic of China, the French Republic, the Russian Federation, the United Kingdom of Great Britain and Northern Ireland, and the United States of America consider the avoidance of war between Nuclear-Weapon States and the reduction of strategic risks as our foremost responsibilities.

Joint Statement: We affirm that a nuclear war cannot be won and must never be fought. As nuclear use would have far-reaching consequences, we also affirm that nuclear weapons—for as long as they continue to exist—should serve defensive purposes, deter aggression, and prevent war. We believe strongly that the further spread of such weapons must be prevented.

Analysis: Since the main nuclear powers acknowledge that there are no winners in a nuclear war and that such a war should never be fought, then why hold on to weapons that must never be used?

What logically flows from affirming “that nuclear weapons … should serve defensive purposes, deter aggression, and prevent war”? Two points stand out: (1) nukes should not be used offensively, and (2) nukes can be defensive and serve as deterrence.

That nuclear weapons have a deterrence capability has been well understood by the Democratic People’s Republic of Korea. The DPRK having a nuclear weapon arsenal strongly hinders a military action being launched against it because a nuclear retaliation would cause considerable destruction to any attacker. Arguably, the DPRK’s nukes are preventing war. It must also be noted that the DPRK has a no-first-use policy regarding nukes. The DPRK saw what happened to Iraq and Libya after they disarmed and were devastated by western aggression. Others likely reached a similar conclusion. This knowledge causes consternation among Israeli and American militarists who fear Iran developing nuclear deterrence.

If the five nuclear powers “believe strongly that the further spread of such weapons must be prevented,” then ask yourself why? One obvious answer is the fear of a rogue, a psychologically unhinged actor initiating a nuclear attack. C’est possible. But mentally aberrant individuals are not confined to non-nuclear states. Any among us could suffer psychological symptoms during our lifetime, and when we reach an advanced age we become prone to cognitive decline. However, a rational person would hope that there are plenty of safeguards in place to prevent any unilateral access to launching nukes by one individual or group of individuals. This is wishful given the 32 acknowledged broken arrows, six of which are lost and have never been retrieved.

The nightmarish possibility of a rogue actor is further stalemated by the deterrence factor of having nukes. Ask yourself: what if the USSR had never developed nukes or helped China develop a nuclear capacity? Would the lack of a deterrence have allowed the US to turn up the heat on a Cold War?

Joint Statement: We reaffirm the importance of addressing nuclear threats and emphasize the importance of preserving and complying with our bilateral and multilateral non-proliferation, disarmament, and arms control agreements and commitments. We remain committed to our Nuclear Non-Proliferation Treaty (NPT) obligations, including our Article VI obligation “to pursue negotiations in good faith on effective measures relating to cessation of the nuclear arms race at an early date and to nuclear disarmament, and on a treaty on general and complete disarmament under strict and effective international control.”

Each of the Parties to the Treaty undertakes to pursue negotiations in good faith on effective measures relating to cessation of the nuclear arms race at an early date and to nuclear disarmament, and on a treaty on general and complete disarmament under strict and effective international control.

The NPT was signed in 1968 and entered into force in 1970. Although the number of nuclear-armed missiles has decreased, one might still ask whether this reflects a genuine commitment to the Article VI obligation, given the exponential increase in the explosive yield of nukes over the years? In 2020, Peter Maurer, president of the International Committee of the Red Cross, lamented: “The horror of a nuclear detonation may feel like distant history. Treaties to reduce nuclear arsenals and risks of proliferation are being abandoned, new types of nuclear weapons are being produced, and serious threats are being made.” Barack Obama who called for nuclear reduction during his presidency ended it by authorizing a $1 trillion nuclear modernization. Did that indicate a commitment to Article VI?

Joint Statement: We each intend to maintain and further strengthen our national measures to prevent unauthorized or unintended use of nuclear weapons. We reiterate the validity of our previous statements on de-targeting, reaffirming that none of our nuclear weapons are targeted at each other or at any other State.

We underline our desire to work with all states to create a security environment more conducive to progress on disarmament with the ultimate goal of a world without nuclear weapons with undiminished security for all. We intend to continue seeking bilateral and multilateral diplomatic approaches to avoid military confrontations, strengthen stability and predictability, increase mutual understanding and confidence, and prevent an arms race that would benefit none and endanger all. We are resolved to pursue constructive dialogue with mutual respect and acknowledgment of each other’s security interests and concerns.

Analysis: The countries that strive for offensive military superiority ignore the wisdom and warning of the pacifist scientist Albert Einstein: “You cannot simultaneously prevent and prepare for war. The very prevention of war requires more faith, courage and resolution than are needed to prepare for war. We must all do our share, that we may be equal to the task of peace.”