What is the future of Venezuela’s communes? 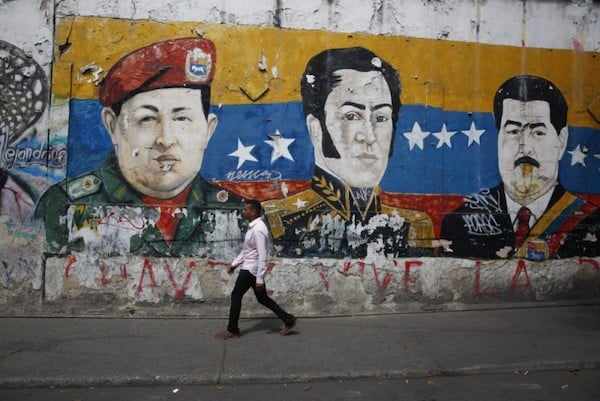 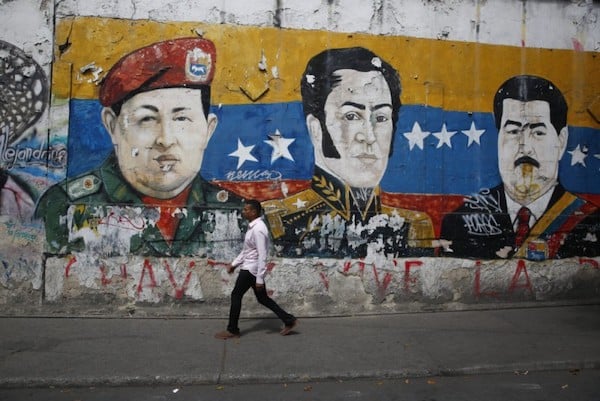 One of the most compelling aspects of Venezuela’s ongoing Bolivarian Revolution, founded with the election of Hugo Chávez in 1999, is the central role that communes play in the process. These communes bring together communal councils, elected representatives of 200-400 families in urban areas (and 20-50 families in rural areas), to manage social services and production in a self-sufficient manner. Currently, there are almost 50,000 registered communes in Venezuela, concentrated in the countryside and the sprawling urban barrios.

The relationship between the communes and the state is complex—in some cases allied, in many oppositional—but these grassroots organizations would not have been able to assume a leading position in the country’s politics if not for Chávez’s push to establish participatory democracy in the poorest parts of Venezuela. Such efforts, he claimed, would be integral to the creation of a communal state organized around localized, decommodified production and direct (self-managed) social property as opposed to indirect (state-run) social property.

Chávez first encouraged workers to organize cooperatives in 2004. In 2006, the National Assembly passed the Organic Law of Communal Councils, a piece of legislation that sought to remake the relationship between state institutions and grassroots organizations by creating a framework for local participatory democracy. The president began describing the communes as the cellular tissue of the Bolivarian Revolution and of Chavismo itself, urging the state to promote its sovereignty as Venezuela moved toward a new “communal state” based on the principles of self-management and localized production.

A commune should be a cell. But where do you see a cell by itself? A cell has to be accompanied by others to form a body… So it has to be an integrated system of communes, not an isolated commune out there on its own, and this is true for the communal councils, which are nuclei… The commune is like a cell, and cells have to branch out and link themselves… to form a system, articulating with each other, to give structure to a body. It’s the new body of the nation. From the grassroots, from the nucleus, which is all of you; from the cell, which is the commune that is being born.

The localization of production under a participatory socialist framework, what Chávez called the elevation of the local to the universal, was a key aspect of the late president’s political philosophy, even if the central government often clashed with the communes they claimed to be empowered. By May 2019, the Ministry of Communes estimated that there were 47,000 communal councils and roughly 3,000 communes in Venezuela. By November 2022, that number had risen to 49,000 councils and well over 3,000 communes.

The challenges facing the communes intensified after Chávez’s death in 2013, the U.S. government’s imposition of sanctions, and Washington’s “maximum pressure campaign” to place Juan Guaidó in Miraflores. In the midst of political and economic crisis, right-wing opposition figures including Guaidó called for mass mobilizations of supporters, which in some cases led to the looting and burning of commune buildings.

At the same time, the relationship between the communes and the central government grew more strained during this period, notably in the area of food production. For example, one can see this tension at play in the creation of the Local Committees for Supply and Production (CLAP) program. While the CLAPs are undeniably important for bringing food to people living through an economic crisis, this program was not the first proposal. As the sanctions began to bite, Federico Fuentes reports:

…the National Network of Comuneros handed over a proposal to Maduro for the creation of a nationwide communal enterprise for food production and distribution. The idea was that all the communes and campesinos could distribute their produce via a system controlled by the people rather than private intermediaries, to ensure cheap food reached those who needed it… Instead, the government initiated the [CLAPs].

Commune activist Atenea Jiménez noted that “the P—for production—being in its name, those that are producing, the campesinos and comuneros, were not included… everything that is distributed through the CLAPs is imported.” This led the state-controlled CLAPs to become the main nodes of organizing in many communities rather than the local communes.

Fuentes interviewed Julian, a member of the radical grassroots current within the ruling United Socialist Party of Venezuela (PSUV), who said the inherent tensions between centralized authority and decentralized commune rule, which have been present since the beginning of the revolutionary process, dictated the creation of the CLAPs.

“Comuneros have proposed the transfer of responsibilities from municipal councils to the commune to allow people to begin to self-govern,” Julian said.

This has created a tension between the comunero movement, on one hand, and the party and local government officials on the other, who don’t want to transfer responsibilities such as rubbish collection in Caracas, because in many cases for them it’s a business. I believe the conclusion the party came to with the CLAPs was that it had to create and control them. They could not control the communes because of their democratic, contestational, irreverent nature, but they could designate who ran the CLAPs. The strong rentier and clientalist culture that exists meant that people gravitated towards the CLAPs, which were being funded and supported by the government, and converted the CLAPs into the centre of organising in many places.

The tensions between the central government and the communes are not the result of the supposed “authoritarianism” of the Bolivarian government—rather, these tensions can be expected given the communes’ radically transformative vision and the nature of bureaucratic power (especially when besieged by outside forces) to reproduce its own self-preserving logic. A reality that further undermines such a notion is that the supposed “dictators” of Bolivarian Venezuela, the demonized Chávez and the even more vilified Nicolás Maduro, have been the most visible champions of communal power.

As Chávez neared his death in March 2013, he delivered his political testament, the “Strike at the Helm” speech, in which he declared “the commune or nothing,” thereby affirming that to be a Chávez supporter was to be a comunero and that any other position was a distortion of his legacy.

In the years following Chávez’s death, Maduro followed his example. As George Ciccariello-Maher explained in Viviremos: Venezuela vs. Hybrid War,

Maduro actually increased support for the network of grassroots communes in the year’s following Chavez’s death, under the leadership of radical commune minister Reinaldo Iturriza… to exaggerate the shift from Chávez to Maduro is to fall back into the cardinal sin of investing individuals with the power of social forces.

One of the largest and most productive communes in Venezuela is the Che Guevara Commune in western Venezuela. The Che Commune is organized around coffee and chocolate production. Under Chávez, it received state funding, while the Maduro government collaborated with the commune to find ways to dry coffee beans without the use of diesel, which was scarce due to sanctions.

Overall, the communes have faced many difficulties due to sanctions. As Douglas Mendoza of the Che Commune stated,

The blockade has been hard on us… How can a coffee or cocoa farmer take the crop to market if there is no gasoline or if it costs three dollars a liter? Fuel shortages have hurt campesinos very much. In the last few years, numerous people migrated to Colombia to find work: many sold everything and left the country.

In an interview with Chris Gilbert in Monthly Review, another commune member named Ernesto Cruz explained that the commune was still trying to right its ship in the midst of economic crisis and disagreements with the state:

Chávez told us that the way to overcome capitalism is with the commune. Now, however, it often seems as if the state has lost sight of the communal project. It’s a real problem, but we should be self-critical: many within the Bolivarian process imagined that this revolution would have access to the oil resources forever. That was a bad calculation, and we are now trying to find our feet.

The sanctions regime imposed by the U.S. and joined by Canada, much of Europe, and some Latin American governments have killed tens of thousands of people—likely far more than the 40,000 deaths estimate of April 2019. Meanwhile, the besieged state apparatus has entrenched itself in many undesirable ways, including by deepening centralized authority and the military. Nevertheless, the easing of the economic crisis over the past year and the welcoming of Venezuela back into the regional and global fold could signify a renewed post-crisis role for the communes.

In late October of this year, Maduro announced that the “cycle of resistance, blockade, and confrontations” was drawing to a close and the government had set an end-date for the next stage in the transition to socialism: 2030. On November 20, the National Assembly revealed that it was reviewing legislation around communes with the intention of making it easier for communal councils to register with the central government and thus “systematize, harmonize and deepen” grassroots sovereignty.

On a recent visit to the El Maizal Commune in the state of Lara, Maduro said that the central government was “going towards an expansion in numbers of Communal Councils, of expansion in numbers of Communes, of organization” and asserted that the Bolivarian Revolution has to return to its roots of “Communal Power,” “territorial socialism,” and “the people’s Bolivarian Socialism.”

The central government’s sincerity on these matters is not guaranteed; after all, socioeconomic change is a dialectical process, and in this process state institutions have frequently been opposed to the creation of a communal state. As Venezuela emerges from crisis, however, everyone in the global left should keep an eye on the communes. They are a force for progressive change in Latin America and an example for anyone who wants to imagine a more socially just and economically sustainable future.

Owen Schalk is a writer based in Winnipeg. He is primarily interested in applying theories of imperialism, neocolonialism, and underdevelopment to global capitalism and Canada’s role therein.

The U.S. is intentionally strangling Venezuela