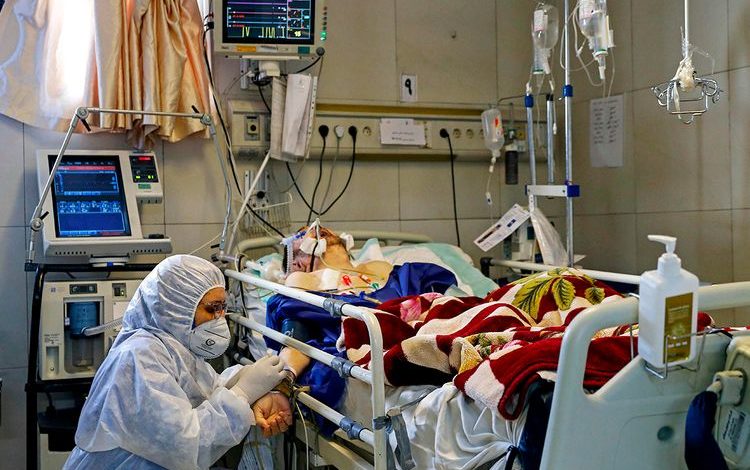 The latest resurgence of coronavirus, spearheaded by spread of the highly contagious Delta variant, has led to calls from public health officials for more people to urgently get vaccinated. This has also involved calls for vaccine mandates in some states for public employees and healthcare workers. Some private employers are mandating vaccines as well.

In contrast, right wing politicians in some other states are banning vaccine mandates altogether. Seemingly grassroots opponents of required vaccines and masking have been flooding public school board meetings in many areas to protest mandatory mask wearing and required vaccines for school workers, sometimes forcing the meetings to shut down.

The sharp rise in numbers of infected, sick and dying people has highlighted the criminal conduct of right-wing capitalist politicians who are manipulating people’s fear and justified mistrust of the government to undermine public health practices by dismissing standard and well-tested guidelines such as masking, self-quarantine and vaccination. The pandemic has also highlighted the health inequalities in capitalist society that make it harder for poor people and people of color to have access to medical care and information. Lastly, the capitalist system has failed to take sufficient measures to protect the economic security of the population, further eroding trust.

Public health vaccine mandates are well established programs that effectively combat the spread of infectious disease. Thanks to mandatory vaccination, polio — once a disease that severely disabled thousands in the United States and millions around the world — has been all but eliminated. According to the CDC, approximately 15,000 people contracted polio in the 1950s. With the introduction of vaccines, that number is now less than 10 yearly. An international campaign by the World Health Organization launched in 1988 reduced the annual incidence of polio from more that 350,000 to 22 in 2017. In California, children are required to be immunized against polio, hepatitis B, measles, mumps, rubella and chickenpox.

In Texas, where Gov. Abbott has banned mandates, 89 hospitals are out of ICU beds. A recent ABC news story reported that in one hospital in Texas, out of 77 ICU patients on a ventilator with Coronavirus 76 were unvaccinated. The number of cases in the state in August is equal to what was seen in January. This is the consequence of unscientific right-wing campaigns against masks and vaccinations.

People have been left on their own to figure out how to survive in an economy that has been partially shut down by COVID. With tens of millions of people out of work and without an income guarantee from the government, the most vulnerable sectors of the working class have risked infection by working in-person during the pandemic. Families who have had to manage child care while their children are learning remotely from home have been given little support.

In light of the complete mismanagement of the pandemic by the government — perhaps the worst aspect of which was its failure to take decisive and early action — there is deep skepticism in many sections of society around assurances of the safety of the vaccine. Right-wing politicians are cynically taking advantage of this to sabotage vaccination and other public health measures under the banner of individual freedoms and the need to keep the economy “open.”

The inequalities of the capitalist system have resulted in lower rates of vaccination and higher rates of infection and death among Black and Latino people. The history of racist medical experiments, such as when the government deliberately infected Black men with syphilis and left them untreated to see the consequences, has left deep distrust in the Black community. The brutality of the U.S. immigration enforcement apparatus has created major concern for undocumented workers and their families when it comes to interacting with the medical system. Meanwhile, undocumented immigrants in detention have been repeatedly exposed and infected due to gross negligence of ICE.

Throughout the course of the pandemic, guidelines, mandates, and recommendations nationally and internationally have changed as the world learned more about the virus in terms of how COVID is transmitted and its infectiousness — how long someone infected remains infectious. As vaccines were introduced under the framework of emergency use, the world learned about the effectiveness of the various vaccines, how the vaccines impact transmission and how infectious vaccinated people were. The introduction of the Delta variant has tragically brought into the spotlight how quickly a virus like the Coronavirus can mutate and change the parameters of public health guidelines.

What is needed more than ever is a comprehensive program that addresses the health and economic needs of the entire population. A program that removes the economic and social barriers to care so people have access to testing, vaccination and treatment while guaranteeing the economic well-being of the working class is the best antidote to the political, medical and financial COVID-19 crisis.