Where next for the student movement? – Educate, agitate, organise! 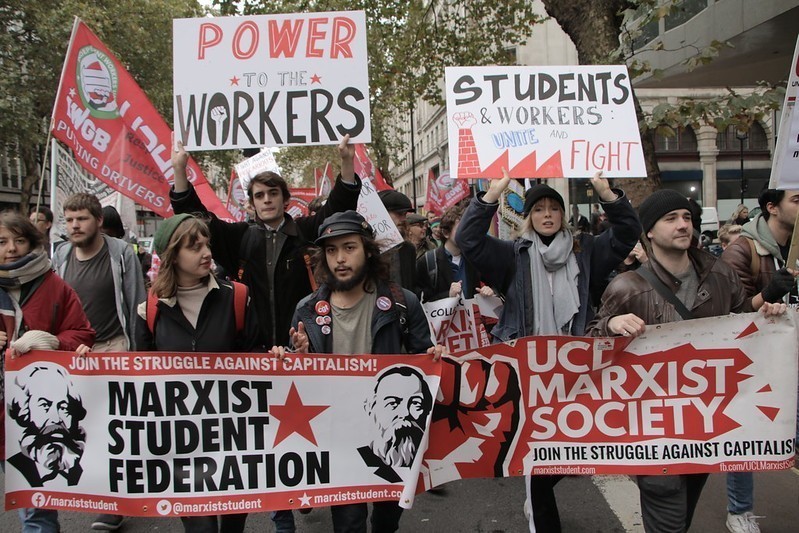 The academic year 2020/21 was rough for students. University students were charged £9,000 plus rent for tiny accommodation, poor quality online lectures (not the fault of staff but of government and university management), and terrible mental health.

School students suffered through trying to study from home, being guinea pigs in the government’s rush to reopen without proper safety measures, and with huge disruption to exams and grades.

No wonder last year saw the biggest wave of student anger for a decade. Students at 55 universities pledged to go on rent strike. In some places this had a huge impact. In Manchester the strike won a 30% rent reduction for those in halls from September to January, and a 100% rent refund during the third national lockdown.

Now the new academic year is upon us, and conditions facing students aren’t any better. In some cases, things are looking worse.

Several universities aren’t accepting students through clearing, denying people a place at university; many are saying that lectures will continue online instead of in-person, degrading the quality of education; and university staff are being sacked in more than one place, which will have a knock-on effect on the experience of students.

Meanwhile, the government is ignoring safety measures in schools, putting unbearable pressure on teachers and students, and banning anti-capitalist ideas in schools.

For those who want to fight against this situation, and for something better, what can we learn from the last year of struggle? And how can we build upon it this year?

The crisis of capitalism 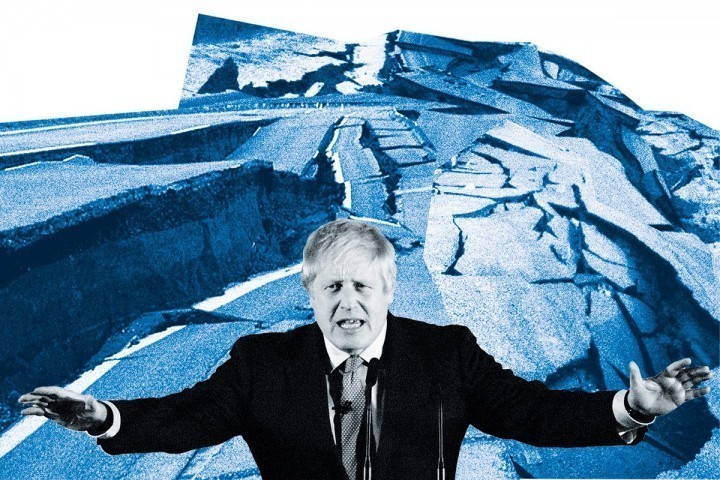 The last 18 months has highlighted a deep crisis in the capitalist system. The pandemic shone a light onto all the cracks, mould, and rottenness of society. From the underfunded healthcare system, to the eye-watering inequality, to the corruption of politicians – COVID-19 brought it all into the open.

The pandemic didn’t cause this crisis, it just brought it into the light. This is a crisis of the capitalist system – a system which puts profits before needs, and is so riddled with contradictions that it can barely stagger from one catastrophe to the next.

The world as it is today isn’t a case of capitalism gone wrong. This is the best capitalism has to offer us.

The impact of this capitalist crisis on education has resulted in marketisation, higher tuition fees, higher rent, more pressure on staff, lower quality education, worse graduate employment prospects, greater achievement gap between rich and poor, and so on. This process has been going on for years. The pandemic just made it clear to everyone.

The rent strikes were a spontaneous movement against one symptom of this underlying crisis. Extortionate rents charged for terrible accommodation by universities and private landlords are a perfect example of the profits of a few being placed before the needs of the many.

Some of the rent strikes were successful and some were not. But what’s clear is that to really solve the problems facing young people at school and university today, we need a serious strategy to address the marketisation of education – to fight for fully funded free education for all.

We need to take the experience of the rent strikes and think about what broader issues this symptom represents. How can that spontaneous movement be harnessed into a powerful planned campaign?

Our approach should be based around the old slogan of ‘educate, agitate, organise’.

As Marx himself said; “Philosophers have interpreted the world in various ways, the point however is to change it”. Any worker, any student is able to read and understand Marxism. That is the point of it. It is time to #ReadMarx for yourself.
Join one of our reading groups NOW!✊ pic.twitter.com/rkJxyqlHhK

There’s a great desire to understand what’s going on in the world at the moment. Why are things the way that they are? Why are rents so high and education so expensive?

There’s a great deal of confusion in the schools and campuses about the answers to these questions, and about what’s going on.

Is everything the fault of the pandemic? Will things be getting back to ‘normal’ soon? Are the Tories and university management just nasty people? And if we could replace them with nicer people, would everything be better?

A serious strategy has to be based on a clear understanding of what’s happening. That can only come from an understanding of the capitalist system that governs our lives. We need to grasp how and why it works the way that it does. And why that means our landlords and university management – however ‘nice’ they might be as people – will always act as cold-hearted capitalists, pandemic or not.

And from that we can understand how society moves in the grooves of class struggle, and that the only way to solve these problems is through the united action of the working class against the bosses and landlords.

We should consider what role students can play in this struggle.

In other words, what the student movement needs first and foremost is an education in Marxist ideas, which are the only ones which explain the world as it really is. We have to understand the world, so that we can change it. 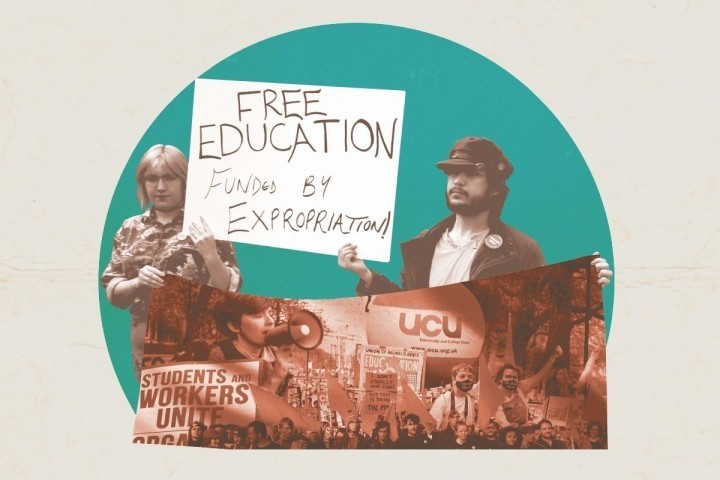 Understanding the world gives us an idea of how to intervene in events to change them. It will allow us to formulate clear demands and a clear political programme to achieve our aims.

If a criticism can be made of some of the rent strikes last year, it was that some demands seemed plucked out of the air, apparently at random. Some strikes demanded a 30% rent rebate; some 50%; some 100%. Some asked for more, like extra funding for mental health support or tuition fee refunds, and others didn’t.

From that flowed our rent strike demands, adopted in universities like Brunel:

This kind of agitation, with clear demands based on the real situation in front of us, is what we need during our struggles this academic year. And there will be no shortage of those.

Non-academic staff are currently angry about their low pay. And teachers are angry about being forced back to school without proper safety measures in place.

There are no serious plans for catching up students who fell behind at school due to the pandemic. And there’s no contingency plan for if exams have to be cancelled again this year.

Beyond education, there’s going to be a huge assault on pay and conditions to try to make the working class pay for the crisis. Healthcare is collapsing; benefits are being cut; and inequality is increasing.

The COP26 summit in early November, meanwhile, will shine a spotlight on the environmental crisis and the lack of action from big business politicians.

Students can and must participate in all these struggles, because they are all caused by the same thing that provoked our rent strikes last year – the crisis of the capitalist system.

We need to formulate clear demands that tackle the immediate symptom against which we’re struggling, but which also raise our sights towards fighting the deeper cause. 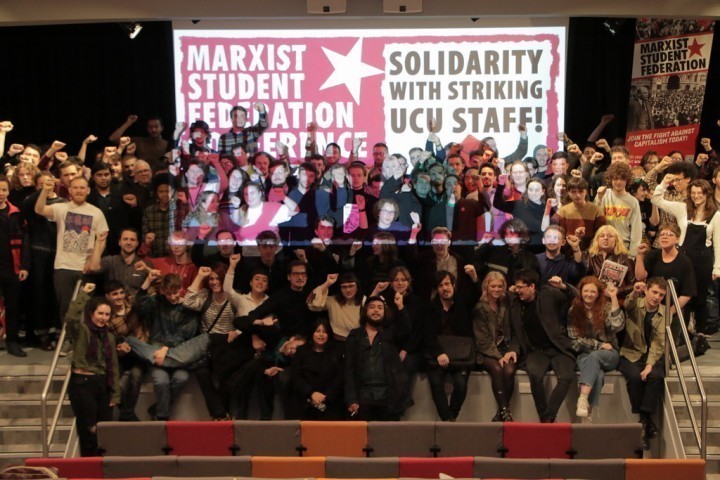 A clear political programme is a prerequisite for getting organised. No one will join us if we’re not clear about what we believe, what we’re fighting for, and how we intend to win. Once we have those things, we can begin winning people over and organising a struggle.

One thing that last year’s rent strikes taught us is the importance of good organisation, involving as many people as possible. It also taught us that, in most cases, organisations made up purely of students aren’t enough to win our fights.

Take a rent strike for example – the university has deep pockets and many other sources of income, such as its research and development. This means it can hold out against a student rent strike until the movement ebbs and the university can beat the strike.

To guarantee the success of the student movement, we need to look beyond students themselves. Our organisational strategy has to be to bring the university to a standstill.

This would stop the entire functioning of the university and bring management to its knees.

Organising a united front between students and workers is the key task of the student movement moving forward.

We should be linking up with all the unions on campus, and with the NEU at schools. Students should support staff struggles by not crossing picket lines, helping spread the strike, and raising funds. 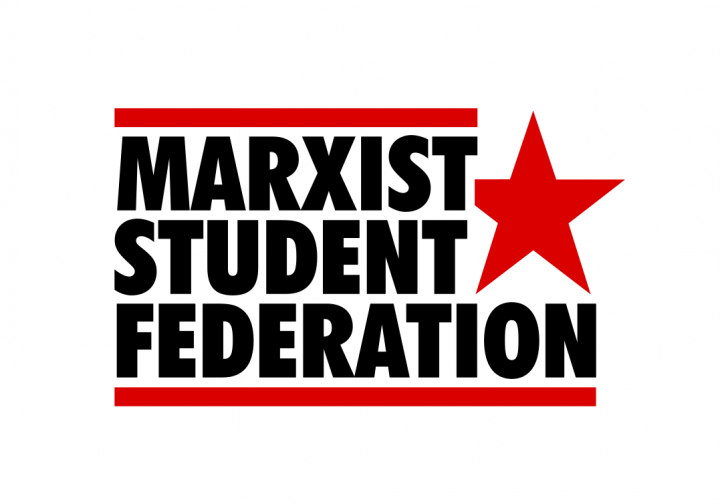 Education, agitation, and organisation is what the Marxist Student Federation will be focusing on this academic year. We have Marxist societies at 50 universities around the country, and a presence in 20 schools and colleges. And we plan to grow a lot further this year.

If you want to understand the world, and fight to change it, there’s never been a better time to join the Marxists.