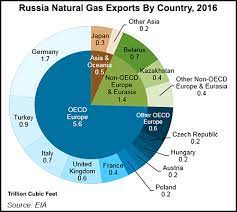 Raposo is editor of the Portuguese website jornalmudardevida.net, which published this article on Feb. 20. Translation by John Catalinotto.

At this moment, the events in Ukraine are shrouded in the cloud of smoke that characterizes war propaganda. Official positions, rather than clarifying facts and reporting the progress of negotiations, aim to crush their opponents’ arguments and convince public opinion to back one side of the dispute.

To understand the role of each of the adversaries, what each of them wants, and how far they can go, we must explore the origins of what is now an extreme conflict.

Russian gas for West Europe is targeted by U.S. imperialism.

Most recently, it all started with two goals shared by the European Union and the United States. One is the economic expansion of the EU (led by its major powers, particularly Germany) to the east. The so-called Eastern Partnership aimed to draw into the European orbit countries as diverse as Georgia, Armenia, Azerbaijan, Moldova, Belarus and Ukraine – all on Russia’s southern and western borders.

A second purpose is military expansion of the Western bloc, using NATO to complete the encirclement of Russia’s borders. And it is especially here that the interest of the U.S. as the hegemonic power, in this case, has led to a marriage with the economic ambitions of the EU.

When it comes to Ukraine, the Eastern Partnership suffered a setback when Russia offered economic advantages to the then-Kiev government which thwarted European advances. The EU and U.S. response was the 2014 coup d’état, backed by Ukrainian fascist militias, which brought a “collaborating” president to power, followed by a bloody persecution of the Russian-origin population.

In response, the Russian-populated Donbass region on the border with Russia refused to accept the authority of the new reactionary regime in Kiev. Instead, movements within Lugansk and Donetsk formed themselves into two, what they called “people’s republics” – Lugansk and Donetsk, with Moscow’s support.

Following the Minsk agreements, supervised by the Organization for Security and Cooperation in Europe (OSCE), military hostilities ceased. Ukraine (Kiev) committed itself to establishing a regime of autonomy for those republics within the Ukrainian state. However, neither the Ukrainian regime, nor the OSCE, nor even less the EU and the U.S., agreed to abide by the agreement. On the contrary, Ukraine has been armed and instructed to repress the resistance of the two republics, which have been branded as “separatists.”

This is where one of the immediate origins of the escalation we are witnessing can be found. Russia perceived that the crushing of the Donbass Republics would signal the integration of Ukraine into NATO and the placement of troops and weapons on one more of its borders, with the aggravating factor of limiting its access to the Black Sea. This is why Russia’s demands center on negotiating a security agreement with the U.S. (and, inherently, NATO) that will halt the expansion of Western powers to the east and establish lasting terms of coexistence.

Who will benefit from a climate of war?

The efforts of the French president and the German chancellor to reach a conciliatory political agreement with Russia, however incipient, are not at all to the liking of the U.S. government, which fears that the EU will adopt a halfway position between the Russians and the U.S.

Biden’s campaign has therefore sought to quash all avenues for negotiation other than those he himself promotes. The U.S. even contradicted the statements of the Ukrainian leaders themselves, who called for appeasement and criticized the exaggeration of the Western propaganda. Several times, the “invasion” of the Ukraine has been said to be “imminent” (with a set date and everything), something that only makes sense for those who want to exacerbate a climate of war by force. The latest statement by the pathetic Biden, on Feb. 18, is yet another example of this.

This climate of “imminent” war serves the interests of the U.S. alone. In two senses. One, which can be called strategic in nature, consists in keeping Russia under political and military pressure, while further subordinating the EU to U.S. political designs. The old specter of “the Russians are coming!” not only throws the blame for the tension on Russia, but naturally puts the European populations on the defensive and receptive to “protective aid” from the U.S. and NATO.

A second dimension is pure economic warfare. The U.S. wants to sell its fracked shale gas, which is accumulating without customers as production increases, and nothing could accomplish this better than ruining the Russian natural gas business that has supplied half of Europe for decades. This would be of double advantage to the U.S.: It makes good money (moreover, U.S. gas is much more expensive than Russian gas) and keeps Europe in a greater economic dependence on its transatlantic “ally.”

Politicians and commentators repeat at every turn the argument of “freeing” Germany and Europe from energy dependence on Russia. But they all take dependence on the U.S. for granted. They do not even see that, comparing the two dependencies, Germany and the EU are much better able to deal on an equal footing with Russia, whose economic strength is still weak, than to compete with the economic-political-military might of the U.S.

And it is this prospect of liberation – even a remote one, considering the umbilical link of European imperialism to Yankee imperialism – that puts U.S. power on alert and leads it to sabotage any initiative that goes in that direction.

The recent declarations by the U.S. authorities recall the tone that preceded the invasion of Iraq: end of diplomacy, “unquestionable evidence” from the secret services, cancellation of the negotiation attempts made by third countries – all in order to demonstrate that the only remaining option is military force.

Everything leads one to believe, therefore, that the U.S. plan – with the usual henchman, be he Tony Blair or Boris Johnson – will be to take the conflict with Russia as far as possible, provoking it to the point of forcing it into military intervention. This would be the ideal situation to show the world just how “evil” Putin is and to quash any European attempts to conduct its own policy and seek compromises with Russia.

The conditions, however, are different from those of 2003. The theater of the conflict is Europe and not Iraq, the adversary is Russia and not a weakened [Iraqi] army, collateral damage would affect not the Middle East but the U.S.’s own allies.

On the other hand, Merkel’s statements, when Trump showed his face, that the U.S. could not be trusted and that Europe would have to take care of itself, did not relax U.S. power, because the statements hold good beyond Trump’s term.

The same with current German Chancellor Olaf Scholz’s statement, after conferring with Putin, that European security cannot be achieved against Russia – something that clashes with U.S. and NATO plans. These are mere statements, to be sure, but they show that the typical conflict between imperialist powers tends to come to the fore whenever a major crisis arises, as in this case.

For the U.S., the solution then will be to subcontract the provocation: to push the Ukrainian army (where fascist militias have a strong presence) against the Donbass republics, subjecting the Russian populations to violence like that committed in 2014. This is what is happening with the weaponizing of Ukrainian forces and encouraging them to attack opposing positions in Lugansk and Donetsk.

While issuing constant warnings about the provocations that the Russians are allegedly preparing, in order to justify an invasion, the U.S. intelligence services are certainly not standing still – and it is legitimate to think, given their known practice, that they are themselves mounting the provocations that serve their purposes.

What does U.S. hope to gain?

Neither the Ukrainians nor the Europeans have any interest in a war at home or on their doorstep, which would contribute to plunging the Continent into a crisis of incalculable dimensions. Only the U.S. can see advantage in such a situation. What do they expect to gain from it?

The willingness of the President of the Republic and the Portuguese government to follow the orders of the U.S. and NATO, without a trace of distancing; the prompt sending of military personnel to conflict zones; the media campaign to feed the climate of war and demonize the Russians – all repeat the practice that has always guided the behavior of the Portuguese authorities.

But the unfortunate example of the Lajes summit – which preceded the attack on Iraq in 2003 that was responsible for the destruction of the country, hundreds of thousands of deaths, and millions of refugees – deserves a special mention. More recently, the withdrawal from Afghanistan brought to light the debacle caused by 20 years of occupation in which Portuguese troops were also involved.

Whining about what should have been done, but wasn’t, is of little use – the issue is the involvement, as servants, in the war adventures of the United States. This is where we have to start: It makes perfect sense and is entirely up to date to renew a public opinion campaign for Portugal’s withdrawal from NATO and for the dissolution of the Alliance, which will leave the Portuguese authorities with their hands tied.

New confrontations on the horizon

We have entered an era in which the world is arming for war, taking a balance of forces. The euphoria of globalization, free trade, and the most festive liberalism has come to an end. The retreat of the great powers to their national strongholds, the protectionism with which they shield their economies, and their frantic search for alliances are signs that both the economic expansion of the past decades and the seemingly peaceful coexistence that accompanied it have come to an end.

Now is the time that world powers join forces and form blocs. These are preparations for a confrontation on a global scale to decide who will have supremacy in the world market.

It is in this concrete confrontation that the left has to play its distinct role – starting by denouncing the hegemonic and rlike goals of imperialism, attacking the governments and the media that support them, and striving to create a movement of opinion that lays the foundations of an independent, people-based political current. If it succeeds, it will make an important contribution so that the protest movements spread throughout the world move from the dispersion and defensiveness in which they find themselves to a progressive convergence of efforts and an offensive posture.

The Geopolitics Behind Spiraling Gas and Electricity Prices in Europe

Who Gains from Ethiopia Tigray War?

War in Europe and the rise of raw propaganda