Who is the greatest threat to the British worker? 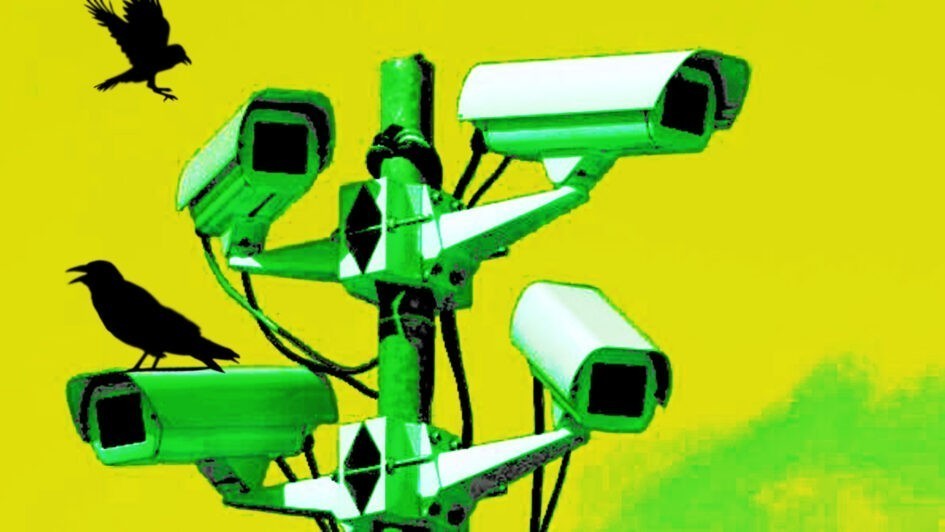 In its recent piece titled “The West’s allies are falling like dominoes”, The Telegraph tells us that our biggest threats today are Russia and China. Apparently, the greatest concerns of the head of MI6, Richard Moore, are “Beijing’s large-scale espionage activities in the UK,” its “pernicious influence”, and its “’debt and data traps’, as these “consolidate Chinese influence across the globe.” It also tells us that, according to Sir Nick Carter, the retiring head of Britain’s Armed Forces, Russia “was the most acute threat to our country”. And now Carter’s rhetoric is being echoed by the new head, Admiral Sir Tony Radikin. So, who should we believe is the most acute threat to the average British worker in terms of espionage and physical danger?

Espionage and surveillance -The Snowden Files

Moore is right: we are spied on. The Edward Snowden files released in 2013 exposed the industrial-scale surveillance of the British people by the British government’s intelligence, security and cyber agency, otherwise known as GCHQ. The program used by GCHQ known as Tempora, worked by intercepting data in most of the fibre-optic communications cables in and out of the country. The data was accessed through daily communications such as Gmail, Yahoo Mail or Outlook.com, or Facebook messages and was shared with the US National Security Agency (NSA). Snowden claimed that surveillance in Britain is far more intrusive than the surveillance in the US. We therefore have the accolade of being the most spied on people in the world, by our own government. Groups and activists are very likely to have been especially targeted, including human and environmental rights activists, as well as political activists and trade unionists.

The government was taken to court by civil and human rights civil societies over the Snowden revelations and in May this year the European Court of Human Rights ruled that the UK mass surveillance laws violate the rights to privacy and freedom of expression.

“Today’s ruling is an important win for privacy and freedom for everyone in the UK and beyond. Until the Snowden revelations, no one even knew about these mass surveillance regimes. It was all in the shadows, without any oversight or accountability. Since 2013, we were at least – and at last – able to scrutinise the intelligence agencies’ surveillance capabilities. Today the Court reiterated that intelligence agencies cannot act on their own, in secret and in the absence of authorisation and supervision by independent authorities” (Liberty Human Rights)

This ruling means that civil societies can progress with their case against the government’s 2016 Snoopers Charter, that effectively legalised the criminal surveillance systems exposed by Snowden.

But it is not just our data they surveil.

In 2017 Wikileaks published Vault 7: CIA hacking tools revealed. It revealed that the CIA had created a “globe-spanning” army of hackers which had the tools to hack into systems across the world, It had produced more than a thousand hacking systems, trojans, viruses, and other “weaponized” malware.  The CIA had “created, in effect, its “own NSA” with even less accountability”.

On the point of weaponised malware or cyber weapons, we see claims by the British government that China has been responsible for cyber-attacks bringing down Microsoft servers, for the purpose of espionage. These claims are framed in rhetoric such as the attacks were carried out by “Chinese state-backed groups”. However, there is a myriad of reasons why we should consider this as a politically motivated manoeuvre by the British government. The possibilities for producing, reproducing and pirating programs are exponential while terms such as “state-backed” are meaningless. They are politically expedient as they allocate blame while providing no evidence:

“Cyber ‘weapons’ are in fact just computer programs which can be pirated like any other. Since they are entirely comprised of information they can be copied quickly with no marginal cost.
Securing such ‘weapons’ is particularly difficult since the same people who develop and use them have the skills to exfiltrate copies without leaving traces — sometimes by using the very same ‘weapons’ against the organizations that contain them. There are substantial price incentives for government hackers and consultants to obtain copies since there is a global “vulnerability market” that will pay hundreds of thousands to millions of dollars for copies of such ‘weapons’. Similarly, contractors and companies who obtain such ‘weapons’ sometimes use them for their own purposes, obtaining advantage over their competitors in selling ‘hacking’ services.
Over the last three years the United States intelligence sector, which consists of government agencies such as the CIA and NSA and their contractors, such as Booz Allan Hamilton, has been subject to unprecedented series of data exfiltrations by its own workers.” (Wikileaks)
Furthermore, British security services colluded with the CIA to engineer one of the biggest spying scandals by the British state against its population, Weeping Angel. The virus was targeted at Samsung smart TVS, and after infestation placed the target TV in a “Fake-Off” mode, leaving the owner to believe the TV was off. It could then record conversations in the room and transmit them over the Internet to a covert CIA server.
It is therefore difficult to imagine that any other government could spy on the British population more obsessively or illegally than the British government in alliance with the US government. Such illegal and prolific State-sponsored espionage by the British intelligence services is undisputable fact.

The government attempts to justify this unlawful intrusion into our lives with the claim that they are saving us from those who would hurt us. But the illegal wars conducted by consecutive neoliberal British governments, delusional with unchallenged power as part of the NATO pack, have inspired the terrorism that has spread to our streets. Military adventurism into Iraq, Libya and Syria has led to a growth in terrorism that has spilled into Europe and the UK. And the British intelligence use of terrorist proxies has resulted in devastating consequences. One such example is the collusion of the MI6 with the Libyan Islamic Fighting Group (LIFG), while planning to assassinate Libyan leader Muammar Gaddafi in 1996. When the attempt failed, the British government provided refuge to many of its members. However, in 2004 Tony Blair met with Gaddafi in Libya, and this meeting resulted in Gaddafi agreeing to cease Libya’s nuclear and chemical weapons programmes in exchange for sanctions on Libya being lifted. The Blair government then proscribed the LIFG as a terrorist group and arrested LIFG members settled in the UK, keeping some under house arrest. Some of these were then given permission to return to Libya in 2011 to assist NATO’s destruction of Libya and overthrow Gaddafi. Evidence indicates that the British government, with the connivance of the MI6, released terror suspects from control orders so they could travel to Libya. It came to light in 2017 that the man who killed 22 people in the Manchester arena by blowing up an explosive was the son of one such individual.

The facts are laid bare: No evidence exists to suggest China or Russia have brought terror to the streets of Britain. The British government has created the conditions for such atrocity, through illegal wars, military adventurism, the backing of terrorist proxies, and through the criminality and malevolent behaviour of its intelligence services.
Debt traps
Are we so naïve we think the World Bank and IMF do not trap countries in servitude? Through ‘structural adjustments’ they plunge populations into neoliberal misery, stripping them of sovereignty and independence. They force governments to privatise affordable amenities and services, raise inflation, and offer up their internal markets for pillaging by powerful corporations. And what happens to leaders who resist the IMF debt trap? They face assassination, regime change or at the very least demonisation. Venezuela’s Hugo Chavez, Ukraine’s Viktor Yanukovich, and Ecuador’s Rafael Correa are such examples. Alternatively, leaders can be bribed into an IMF deal, as in the case of Ecuadorian leader Lenin Moreno who is known to have stripped Julian Assange of his asylum in the London embassy “for a miserable loan from the International Monetary Fund.”
No such evidence exists that China systematically oppresses whole populations through their loans or violates international laws. China invests in projects and infrastructure that yield practical results, enabling countries to develop. China does not inject money into a country’s economy to prop it up for another day of bare existence as does the Western creditor who then profits from the misery.
We are programmed to believe that China is the enemy instead of neoliberalism and globalisation, which our imperialist leaders need to protect. And now they are outraged that their ability to dictate trade terms to other countries, to tell them where they stand in the ‘international order’ and whether they can breathe or are to be choked into submission is under threat. As countries enter trade partnerships with China, Western imperialists fear losing the economic and geopolitical power they took for granted. So, we see a hybrid warfare underway against China by Western allies, led by the US, and packaged to audiences as if emanating from China against the West.

Russia as the most acute threat

What motive has Russia to invade or threaten Britain? British troops are in Eastern Europe in NATO countries set on encroaching upon and surrounding Russia; we do not see Russian troops surrounding Britain. Russian spoils and money resulting from the Russian State neoliberal pillaging fest of the 1990s were greatly loved by British elite until recently; Britain has provided a safe haven for the sleaziest of oligarchs avoiding the Russian tax man. Neither the Soviet Union nor the Russian government of today spend efforts on singling out Britain as hostile, yet the British government is obsessed with Russia. Should we think that daily headlines for the average Russian scream “Evil Boris!” “Malign British influence!”? Yet as British workers we are each day bombarded with an onslaught of corporate media headlines with such political messaging: perpetual demonisation of Russia and its President Putin.
NATO allies are behind the violent 2014 fascist coup in Ukraine which led to the reunification of Crimea with Russia. They are behind the devastating wars in Yugoslavia, Afghanistan, Iraq, Libya, Syria, and with their Gulf State dictator allies are devastating Yemen. The trail of global disaster left in the wake of NATO’s criminal rampage against humanity is protected from view by our corporate media’s obsession with Russia. Only sycophantic servants of imperialism such as the head of MI6 or the British military could dismiss the murder of this pack on their hands and call for more blood.
It is curious that neither the head of MI6 nor the head of the military bring up the narrative of Novichok poisoning on their list. To accuse Russia of a chemical weapons attack on the streets of Britain in the mysterious case of the Skripals and then not only drop it from the top of security priorities but to fail to mention it at all raises many questions. Has the Novichok story achieved or failed what it was meant to, so it can be silenced? Perhaps the MI6, having somehow disappeared the Skripals, seek to avoid inconvenient questions about their fates.

The proven facts are that the British government, through industrial scale surveillance, espionage of its population, and its military adventurism driven by neoliberal and imperialist ideology are far more threatening to British workers than any foreign power. We are the government’s enemy at worst and expendable collateral at best.

Cops on campus are a threat to students of colour

Polexit: a real threat or a liberal scarecrow?