Whose liberation is it anyway? Misogyny and Homophobia in Kenyan Leftist Spaces 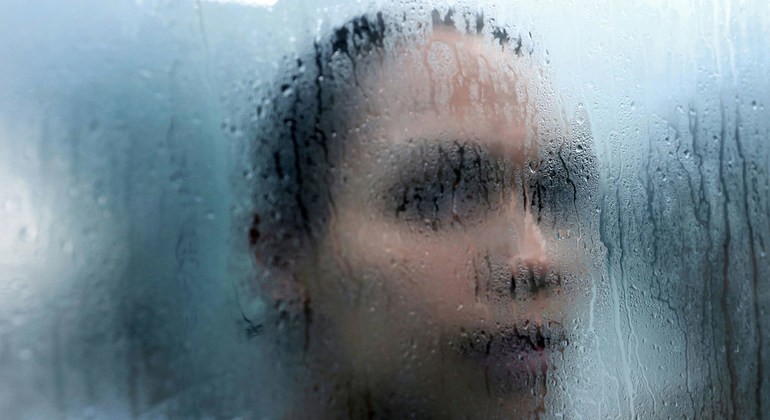 The rallying cry you will hear at almost every leftist gathering in Kenya is “Liberation for the masses! End all forms of oppression!” Often, it is men who send out this noble clarion call for emancipation from the shackles of capitalism and all the ills it represents. But, whose liberation is it anyway? What oppression are we ending when many leftist movements in Kenya harbor persons who hold on to harmful patriarchal attitudes like misogyny and homophobia?

Are Women, Gender, and Sexual Non-Conforming (GSNC) people undeserving of this freedom and emancipation? Is the revolution reserved for the able-bodied heterosexual man; everyone else be damned?

It is not enough to quote Thomas Sankara every March 8th (International Women’s Day) and July 31st (Pan African Women’s Day) or don a Sékou Touré T-Shirt with Women in Society excerpts printed on it while also tweeting incessantly about James Baldwin who was a politically progressive gay man if your actions are discordant with the ideals shared by those whom you quote. This is the height of irony and hypocrisy.

My personal experiences and those of a significant number of Kenyan women who were previously actively involved in various radical movements, reveals the enduring tolerance and, even, in some cases, advocacy of gender based discrimination and homophobia in these organizations.

It is not ahistorical to point out that these reactionary tendencies have been condoned for decades in radical movements.

Winnie Madikizela bemoaned the patriarchal domination in the African National Congress Party (ANC), Rosa Luxemburg endured the ridicule of her disability from some of her male comrades, Assata Shakur, Elaine Brown and Angela Davis have often reflected on the blatant sexism and exploitation they were subjected to in the Black Panther Party (BPP) as a reason they left the organization and in Angela’s case, reluctance to formally join the party. As former BPP Minister of Culture Emory Douglass recalled in a 2015 interview in ‘Socialist Worker’:

“We had to deal with the issues of chauvinism in the Black Panther Party by having political education classes, and those brothers who didn’t want to work under women or were using the “b-word”—those things that cause the deterioration of party—had to be corrected. Because women demanded that. So when those brothers did that and refused to listen to sisters, they were required to take orders from sisters to learn to respect them as their comrades.”

These women contributed significantly to their respective movements but when they were faced with patriarchal aggression, they received little to no compassion or even avenues of redress and conflict resolution.

“In fact, that world was extremely misogynist and authoritarian. That’s part of what inspired us to fight against it. When women suffered hostility, abuse, neglect, and assault—this was not something arising from the policies or structure of the Black Panther Party, something absent from the world—that’s what was going on in the world. The difference that being in the Black Panther Party made was that it put a woman in a position when such treatment occurred to contest it”.

Sexist attitudes by the party leadership were manifestly demonstrated by Eldridge Cleaver, who joined the party and rose through its ranks to become minister of information in 1967. Cleaver was a convicted rapist and in his infamous memoir “Soul on Ice” (which was eerily popular with racist chauvinists) he wrote that he considered the rape of white women to be a revolutionary act, and that he “practiced” on Black women to start. Cleaver’s position was never officially repudiated for these problematic views by the BPP leadership which was dominated by men.

To be sure, even as I highlight the contradictions that existed in the BPP, I respect and admire the contributions the Black Panther Party made towards the revolution of Africans on the continent and in the diaspora.

If I were tasked with drawing a Venn diagram demonstrating the overlapping of misogyny and homophobia in Kenyan leftist movements, it would turn out to be a full circle! It’s as though both attitudes are congruent with each other. Misogyny and homophobia are a continuation of coloniality and are antithetical to the revolutionary ideals many leftists claim to profess and yet, largely, they go unchecked in radical organizations.

The mantra “African women on the frontline!” is used frequently within Kenyan leftist spaces by male comrades but valid concerns of sexism and the need to have revolutionary feminist discourse to address glaring sexism and homophobia is often dismissed and reduced to “Identity Politics”.

Some leftists will claim to be “Scientific Socialists” but their understanding of gender identity and sexuality is ripped off from an alt-right, anti-science perspective. They will persecute and chastise Gender and Sexual Non-Conforming persons in their organizations and in the same breath, unironically, quote James Baldwin and Langston Hughes.

I was once a Central Committee member of a certain organization and experienced staggering misogyny and homophobia which I would have never imagined existed in what is supposedly a “radical movement”.

The most unfortunate, indelible incident I witnessed is how my labour was used to co-opt the struggles of queer persons in Kenya. The deceptive optics of “queer inclusion and liberation in the revolution” is what this organization showcased to the public using an article I wrote under the leadership’s behest.

Unbeknownst to me, this was just a ploy by the organisation’s leadership to ingratiate itself with a certain group of Western leftists presumably for material benefits because no sooner had I written the article, than the virulent homophobia started manifesting.

This is what Guy Debord described as rècupèration in his 1967 book The Society of the Spectacle. “The ruling ideology sees to it that subversive discoveries are trivialized and sterilized, after which, they can be safely spectacularized”. Essentially, this is the co-optation of radical ideas to subsume revolutionary aesthetics whilst participating in reactionary actions.

My pleas to the leadership to address this crass cosplaying of revolution was largely ignored and trivialized and was the driving force behind my departure of an organization I once believed to be the vanguard of the revolution.

Unfortunately, such incidents are not unique to this organization alone. A cursory look at many radical leftist movements in Kenya (especially those dominated by men), will reveal the ideological dissonance and disconnect between what their lofty manifestos (laced with revolutionary eloquence) state and their praxis.

These organizations’ manifestos double down on achieving freedom and liberation from the yoke of capitalism for everyone. Why then is gendered discrimination prevalent in our movements? Is this not upholding the violence of the capitalist state? Why do some socialists/leftists assume economic determinism alone will be the silver bullet to all our problems in a post-revolutionary world?

Many leftists with a Marxist leaning believe in the primacy of class-based oppression over everything else and some of them have taken an orthodox stand in refusing to address feminist and queer concerns in movements which only serves to prop up the state against the revolution.

While I agree that class is the primary contradiction, we must also acknowledge that misogyny and homophobia are part of the superstructure that uphold the base that is capitalism and failure to destroy them will bolster the pillars of oppression.

In his 1844 Economic and Philosophical Manuscripts, Karl Marx posited that women’s position in society can be used as an appraisal of holistic development. He was making a dialectical argument directly related to his overall theory of society.

In order for society to advance beyond its capitalist form, new social relations will have to be developed that do not rely solely upon a crude and alienated formulation of value.

As humans we will be able to see each other as valuable in and of ourselves rather than as only worth what one individual can produce or provide to another. Women will be significant in this regard since historically, they have been discriminated against within most, if not all, societies.

Therefore, men and women will reach a point of development where an individual is valued for who they are, rather than any arbitrary category of man, woman and so forth or what their labour can do for the economy hence challenging notions that economic determinism alone is the end all be all.

For the “Scientific Socialists” with a warped understanding of gender and sexuality, who spew bigotry in the guise of ‘condemning unnatural acts’ in reference to the existence of queer people, Karl Marx submits in Manuscripts and The German Ideology that gender is dynamic and not a static category.

He provides a firm critique of, and substitute to, traditional dualistic views of the nature/society dualism. He suggests that instead of nature and society existing as two distinct entities that interact with each other without fundamentally changing the essence of itself or the other, the two are dialectically related.

As we interact with nature through labour, both the individual and nature is changed. This occurs because human beings exist as part of nature, and the labor process provides the means for such a temporary unity.

Since both nature and society are not static entities, Marx argues that there can be no transhistorical notion of what is “natural.” Instead, a concept of “natural” can only be relevant for specific historical circumstances.

For some Kenyan Marxists/leftists to hold onto chauvinistic attitudes like (internalized) misogyny, ableism and homophobia and to incessantly have siloed discussions on liberation is to refuse to embrace Marx’s use of dialectics as an important methodological contribution to women’s and queer liberation.

We cannot overstate how the marginalization of women, gender and sexual non-conforming people in our movements weakens the revolution. When we condone misogyny and homophobia in radical organizations, we alienate women and queer people and enable those whose violence provoked their departure to disrupt the revolutionary work of these movements.

For the sake of survival of our movements, we must commit to accountability, transformative and restorative justice and ending ALL forms of oppression.

As Angela Davis put it, “Think of freedom as a collective project, a chance to become, a chance to build unity that is emancipatory and resist the reproduction of hierarchies in the movement”. Down with patriarchy and all its manifestations!

*Maureen Kasuku is a Socialist Feminist Organizer based in Nairobi Kenya

Military knows it looks bad but works with neo-Nazis anyway

The misogyny of the Met: An instrument of capitalist oppression

Save The BBC? In Whose Interests?