Why I Joined: The Superiority of Marxist Philosophy 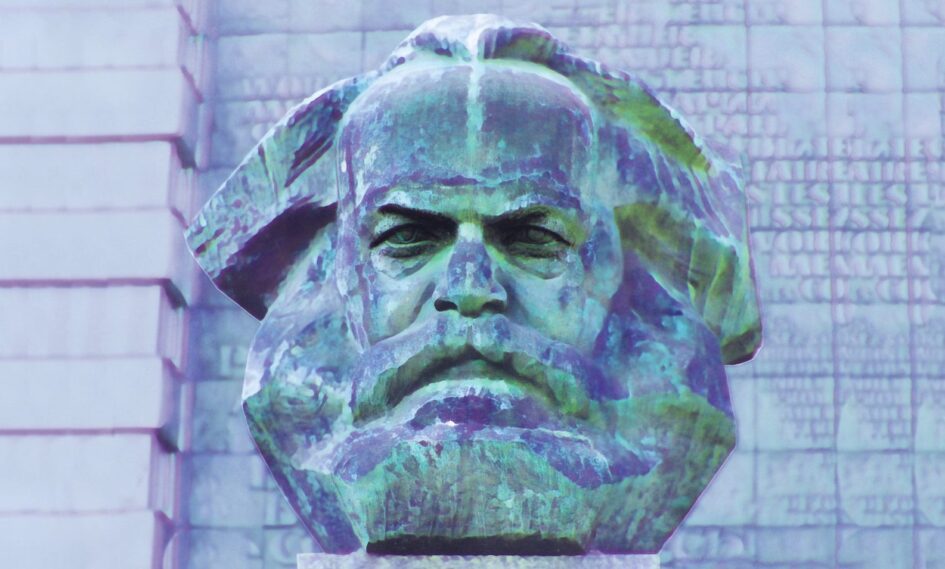 An ongoing series on membership in the IMT, in which comrades explain what drove them to reject the capitalist system and embrace revolutionary socialism.

It took a long time for me to finally join the IMT. In the mid-1980s I joined the Democratic Party in Superior, WI. It was the Reagan era, and it was not difficult to see how reactionary he was, including his take on the environment, the military buildup, anti-union actions, and his bloody policy in Central America. I believed that the Democrats would really try to stop him. When they did not, I joined the Green Party. The Greens were supposedly stronger on environmental issues and were anti-war, however, without a clear class perspective on these issues, they ended up campaigning for Clinton-Gore in 1992.

At the time, Murray Bookchin and Noam Chomsky were influential in the Green Party and on the left, so I began reading books like Manufacturing Consent, which had a huge impact on me. Chomsky, Bookchin and other writers had negative things to say about Marxism: they claimed that Marxism was deterministic in the Newtonian sense, that Lenin set the stage for Stalinism, and that Kronstadt was a Bolshevik crime. They did not really write about dialectical materialism, the philosophy of Marxism. Sure, I read The Communist Manifesto and liked it, but then I would read how the Bolsheviks allegedly slaughtered the anarchists at Kronstadt and committed all kinds of terrible atrocities.

What was and remains a common problem for me and many others is that we usually depend on other people to read and interpret for us, instead of actually reading Marx, Engels, Lenin, and Trotsky ourselves. Huge mistake! More often than not, those who write “about” Marxism are hostile to it and distort or misinterpret it. Noam Chomsky was one of the worst. It cannot be stressed enough that we need to read Marx, Engels, Lenin, and Trotsky first-hand. With a bit of help, these works are accessible to any student of revolutionary theory and provide a treasure trove of lessons for the class struggle.

My dad was in a union so I grew up with a positive view of unions, and in 1998, there was a union drive by the Steelworkers at the St. Mary’s / Duluth Clinic medical facility where I worked. I got involved in the union organizing and was on the negotiating committee for our contract. I wish I could say that I learned a lot, but I did not. When the vote for having union representation came in, it was very close. I thought, “How could this be?!” Many of the clinic workers had low pay, did they not want better wages?

Alan Woods has written that everyone has a philosophy whether they realize it or not. I had a conscious philosophy, but it was eclectic and not very coherent. It was sort of a non-mystical one-with-nature type of thing. In other words, without Marxist theory I was confused and demoralized. After that, I drifted off into Green Anarchism and Luddism for about 11 years. Green Anarchism and Luddism are perfect examples of escapism and eclecticism. These philosophies are not internally consistent and are at times hypocritical. Advocating going back to hunter-gathering is not particularly popular with the masses. And in the end, I include myself with the masses!

In the Spring and Summer of 2001, I took a leave of absence from my job to pursue a childhood dream of taking a long bicycle trip. When I got back, I decided to quit my job. The trip was fun, and I really did not like my job. Being an environmentalist and a Luddite, I did not buy much and had no car, computer, cell phone, etc. So, I was able to save money. There were eight more long bike trips and I was away for over two years. It was a pursuit of my non-mystical one-with-nature quest. To try to be one-with-nature always leads to mysticism or idealism which, ultimately, clashed with my atheism.

In 2007, I moved to Minneapolis, got a job with a stump removal company, and started hanging out at MayDay Books, a local hub for leftists. I remained an activist, and participated in anti-war rallies, and the like. At MayDay Books I met my future wife and was properly reintroduced to Marxism. It was as if I decided to rejoin the world again and get out of the fog of being at-one-with-nature. At MayDay Books I also met John Peterson, and other IMT members.

At MayDay, I bought Rob Sewell’s dialectical materialism pamphlet, and was blown away. It was life changing. Here at last was a philosophy that made sense and was coherent. In the pamphlet, the philosophy of dialectical materialism is explained in detail. Among other things, Rob criticized the Big Bang, calling it a weird and wonderful erroneous theory. In 1989, I had read Stephen Hawking’s A Brief History of Time where he assured readers we would have a “theory of everything” to explain the universe in a very short time. Being raised Roman Catholic, this reminded me of their teachings that they had it all figured out. It was as if Hawking and the Catholic Church were saying “Are you wondering about the BIG philosophical questions? No need. We have it all taken care of. Move along.”

Dialectical Materialism is the opposite of this. More than 30 years after Hawking promised it was just around the corner, physicists still do not have a “theory of everything.” Dialectical materialism would say that understanding the four basic forces of nature in a unified set of laws may well be possible, but this alone will not explain “everything.”

To paraphrase Engels, nature is infinite and it contains the contradiction of being an infinity of finite things. The task of science will never be completed because there is always an infinite number of causes for any event in nature, so there will never be a theory that actually explains “everything.” To be sure, dialectical materialism can be applied to an infinite variety of problems. For example, the idea that things turn dialectically into their opposite helps explain many things in nature and in politics. Speaking of opposites, I had only ever learned of the Stalinist caricature of Marxism, but what I learned in the IMT’s pamphlet was the opposite of what I had been taught. Genuine Marxist ideas were like a fresh breeze, blowing into my life. Nonetheless, due to loyalty to a friend, I joined another socialist group, Socialist Action, in 2010, where I remained until 2019.

Lenin famously wrote that “without revolutionary theory, there can be no revolutionary movement.” Unfortunately, the tendency I was in did not adhere to this. I read a lot of Marxist texts, but we did not really discuss those works. It was not a top priority. There was an emphasis on united front work and activism. In hindsight, this goes back to the dispute Trotsky wrote about in In Defense of Marxism, where he implored his followers to take philosophy seriously as a guide to action. James Cannon did not follow Trotsky’s advice even though he agreed with it. Cannon was not big on theory, and this had a derisive impact on the Trotskyist movement in the US after Trotsky’s assassination.

Around 2016, a rift developed in Socialist Action around the question of Syria. The side I was on believed we should support Assad against imperialist intervention, since Syria lacked a revolutionary party. The other side maintained that the US has no real interest in Syria, and that Assad is a dictator who we needed to speak out against. To say that Assad was a dictator was true, but to say the US had no interest in Syria is a total falsehood. The infighting got bitter, mean, and personal. This rift led to a split in 2019.

With the benefit of hindsight—and thanks to long discussions with comrades in my branch—I now see both sides were wrong. Revolutionaries require a firm grasp on dialectical materialism, which is the only philosophy that can explain the complex phenomena of the world today. Imperialism is not a simple black and white question and a nation’s right to self determination must be analyzed concretely in the overall context of the international class struggle. The IMT had articles that framed the Syria question in a historical and theoretical way that was true to Marxism, focusing on primary issues rather than secondary questions, and reading these really clarified my thinking.

During this time (2007–2019), I went to IMT events, bought books and magazines, joined the Campaign for a Mass Party of Labor, went to Hands Off Venezuela events, and was friendly with all the IMT members. In 2012, the IMT hosted a talk by Alan Woods at MayDay on Marxist philosophy. I was impressed with the IMT’s theory but I fell into the trap of thinking activism was more important than theory. Wrong theory leads to wrong practice!

But life teaches, as Lenin said. In March of 2020 I joined the IMT and I am very glad I did. We are living in an epoch of tremendous instability for the capitalist system, a period of revolutions and counterrevolutions. The only way to develop perspectives and fight for socialism in our lifetime is on the granite foundations of dialectical materialism.

Postscript: As I was writing this article, Alan Woods’ History of Philosophy arrived and reading it drives home how important theory and philosophy are. It is a great book!

From Chomsky to Marx: Why I Joined the IMT

Brazilian Communist Party: “The crisis generated by the pandemic evidenced the superiority of Socialism”

The struggle for Marxist philosophy

The History of Philosophy, a Marxist Perspective: A Reading Guide