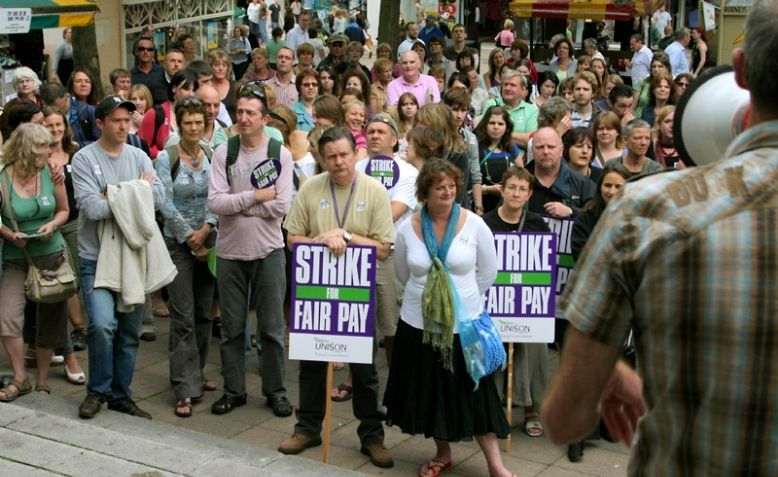 Dominic Alexander, the author of The Limits of Keynesianism, dissects the argument that wage rises would result in more inflation

For decades, inflation has tended to hover at a low level in developed economies, but in the aftermath of the pandemic, it is rising. Some economists view this as a temporary bounce, while there are those who suspect this may be more long-term, and even that 1970s style ‘stagflation’ (simultaneous high inflation and low growth) may be in prospect.

Whoever is right, mainstream economic commentary will warn that workers must not demand wage rises to maintain their standards of living, as this itself will fuel inflation. Therefore, whether it is a short-term blip or a longer-term problem, the working class will be expected to bear the burden of the problem, not capital.

The current problem of rising prices is not a problem created by labour. Rather, it is to do with the behaviour of capital in the last decades. In general, capitalism has sought to transfer production to low-wage economies, in order to boost profits. Thereby, long and vulnerable supply chains were created. In countries like Britain, the emphasis has been on forcing down average wages (through ‘flexibility’ and so on), rather than investing in equipment which would make labour more productive, a course which would allow for higher wages.

Instead, we have an economy based around low-wage, insecure employment, and one which has become dependent upon migrant labour in many areas, from food harvesting to road haulage to hospitality. The shortage of drivers at the moment is unlikely to be eased quickly because working conditions here are so poor that Britain is not an attractive place to which to come for the trained workers that are needed. The result will be rising prices because of shortages, but the fault is not that of labour.

Other areas of cost-cutting, as in the energy sector, where gas-storage facilities have been scrapped, are also sources of exposure to price shocks. These are all the results of economic strategies which maximise profit at the expense of workers, infrastructure, and the social fabric more generally.

Inflationary pressures right now can be shown to be the result of neoliberal economic strategy, but even if that were to be conceded, a standard orthodox line would be that workers still must show restraint in their wage demands, or a ‘wage-price spiral’ will be the result.

In this view, when workers win wages rises, companies simply pass on the cost through price hikes, meaning that other employers are forced to follow suit, and prices go up generally. This logic has often been fashioned into an anti-trade-union argument that workers would actually be better off if they didn’t fight for higher wages, since they would lose out through the resultant inflation anyway.

That argument is, of course, nonsense, since employers press wages down even further where there is weak resistance. It also ignores the historical fact that labour has generally been in the position of trying to catch up with inflation, rather than workers’ actions being the force that drives it. Inflation during the 1970s followed a period of declining profitability, and trade-union actions were essentially defensive, attempting to maintain the standards of living that had been achieved in the post-war decades.

The ‘stagflation’ of the 1970s also undermined one of the major economic theories of inflation, in the form of the Keynesian explanation that once an economy reached full employment, thus with strong aggregate demand, then wages would be pushed up because workers had greater bargaining power. When there is little ‘slack’ in an economy, then the result is inflation.

This theory broke down in the conditions of stagflation, because it was a period of low growth and rising unemployment, and yet inflation surged. Conversely, the generally low inflation of the last two decades was accompanied by relatively modest levels of unemployment.

While some economists still hold that there is an inverse relationship between unemployment and inflation, the connection is, at the least weak, and strongly affected by other economic factors.

The other major orthodox explanation for inflation is the monetarist one, which rose to prominence in the wake of the breakdown of Keynesian economic strategies in general during the 1970s. Monetarism underpinned the neoliberal economic policies of the succeeding period.

The monetarist argument was that money supply was the causal force for inflation. If there was too much money relative to goods, inflation would rise, so governments and central banks should restrict the supply of money to bring price rises under control. Like the Keynesian argument, it fundamentally relies on a simple theory of supply and demand but just locates the crucial variables in a different aspect of the economy.

The monetarist thesis has also broken down in the wake of recent experience. Despite conditions which should fuel inflation, especially with the huge injections into the money supply from the central banks’ policy of ‘quantitative easing’ since the crisis of 2008, together with historically low-interest rates, inflation failed to spike.

It is important to note here that monetarist theory has malign consequences for workers, just as the Keynesian argument does. The strict control of money supply means that governments are limited in the debt they can accrue in order to fund spending, whether on infrastructure development or social services.

The theory, therefore, leads directly towards austerity, which drives down standards of living. It also dovetails with policies of privatisation and cost-cutting, which, as noted above, underlie many of the problems we are facing now. If monetarism was incorrect in the first place, then a major justification for neoliberal austerity is blown out of the water. Moreover, rather than being necessary to control inflation, the policy consequences actively created the conditions for its rise in our current circumstances.

In fact, it is increasingly admitted that mainstream economics just doesn’t understand the causes of inflation very well at all. A member of the Executive Board of the European Central Bank has said that:

Economics is indeed struggling with inflation theory. Monetary aggregates and monetarism have been correctly abandoned. Domestic slack explanations (the Phillips curve) [i.e. the Keynesian argument] have been under attack but are still a bit alive.’

On the other side of the Atlantic, and more circumspectly, the former chair of the US Federal Reserve, admitted: ‘Our framework for understanding inflation dynamics could be “misspecified” in some fundamental way.’ These are quite remarkable statements of the vacuity of orthodox analysis.

The argument about inflation will likely, despite all that, still boil down to a contention that wage rises fuel inflation. Marx disposed of this all the way back in 1865, in the piece later published in English as Value, Price and Profit. To begin with, he takes the assumptions of bourgeois economics and works through their own logic. Within these limits, he points out that in consequence of a rise in wages there would not be a simple, linear impact upon prices in general. Rather, since the effect would be on specific commodities, this would work its way through the whole system to the point that:

‘The general rise in the rate of wages would, therefore, after a temporary disturbance of market prices, only result in a general fall of the rate of profit without any permanent change in the prices of commodities.’ [1]

This is a bounded and hypothetical exercise, but Marx uses it to show that simple laws such as the ‘wage rises lead to inflation’ equation don’t hold true even according to their own logic.

Marx doesn’t just rely on abstract reasoning, but points to historical experience, for example in the impact of the Ten Hours Act of 1848, which had been vigorously opposed by economists and capitalists. The result was a shortening of the working day, an increase in wages, a rise in productivity, and a fall in the prices of products, all together. He quotes one economist as admitting that he ‘and all other official propounders of economical science had been wrong, while the instinct of the people had been right.’ [2]

Towards the conclusion of Value, Price and Profit, Marx is able to reach a conclusion that is very relevant to arguments about inflation, and indeed anticipates the experience of workers during the 1970s stagflation:

‘In all the cases I have considered, and they form ninety-nine out of a hundred, you have seen that a struggle for a rise of wages follows only in the track of previous changes, and is the necessary offspring of previous changes in the amount of production, the productive powers of labour, the value of labour, the value of money, the extent or the intensity of labour extracted, the fluctuations of market prices, dependent upon the fluctuations of demand and supply, and consistent with the different phases of the industrial cycle; in one word, as reactions of labour against the previous action of capital. By treating the struggle for a rise of wages independently of all these circumstances, by looking only upon the change of wages, and overlooking all other changes from which they emanate, you proceed from a false premise in order to arrive at false conclusions.’ [3]

One lesson of the failures of economic theory, and the widely differing historical patterns of inflation, is that the number of factors involved, and their complex interactions, make any simple causal equation for inflation invalid [4]. Blaming wage rises is therefore an empty exercise in class-war propaganda.

Certainly, inflation is a flashpoint for class struggle. Employers, on average, in any favourable circumstance, will try to suppress wages, and workers must act continuously to defend wage rates, and push them higher whenever possible. The result, if they don’t do this, as Marx pointed out, would be that wages will fall behind their average value across the whole economic cycle. Wage rates would thus be depressed in the longer term, reaching lower levels in boom periods than would otherwise be the case. Yet, as the case of the 1848 Ten Hours Act proved, higher wages by no means preclude capitalist prosperity, while the reverse often does prove to be true.

Inflation is a wedge issue; it is a simple way for the ruling class to drive down wages and conditions. Keynes himself suggested inflation was a useful way to raise profit levels since it would be easier than directly cutting wages [5]. Capitalism is a complex and unstable system that is built around a series of contradictory forces. A fundamental one is a clash in interests between labour and capital, workers and employers.

Whatever the causes of inflation in a given historical situation, the working class needs to resist the pressure from above to rescue the system by sacrificing their own standard of living. The ‘instinct of the people’ to demand higher wages in response to inflation is the correct one.

[4] There is work building towards a Marxist theory of inflation, which avoids such simplicities.