Why Shelter Workers Are Going On Strike 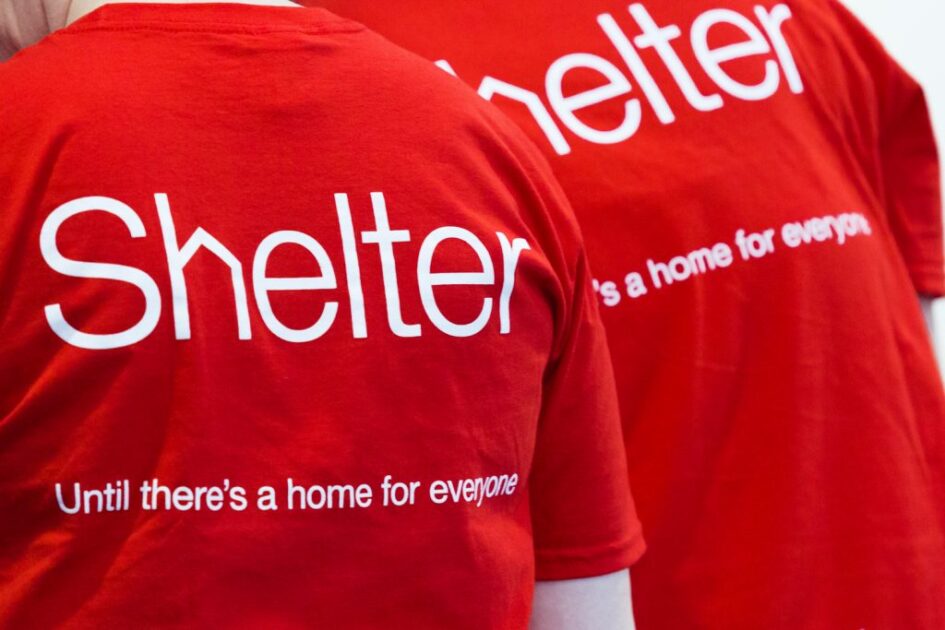 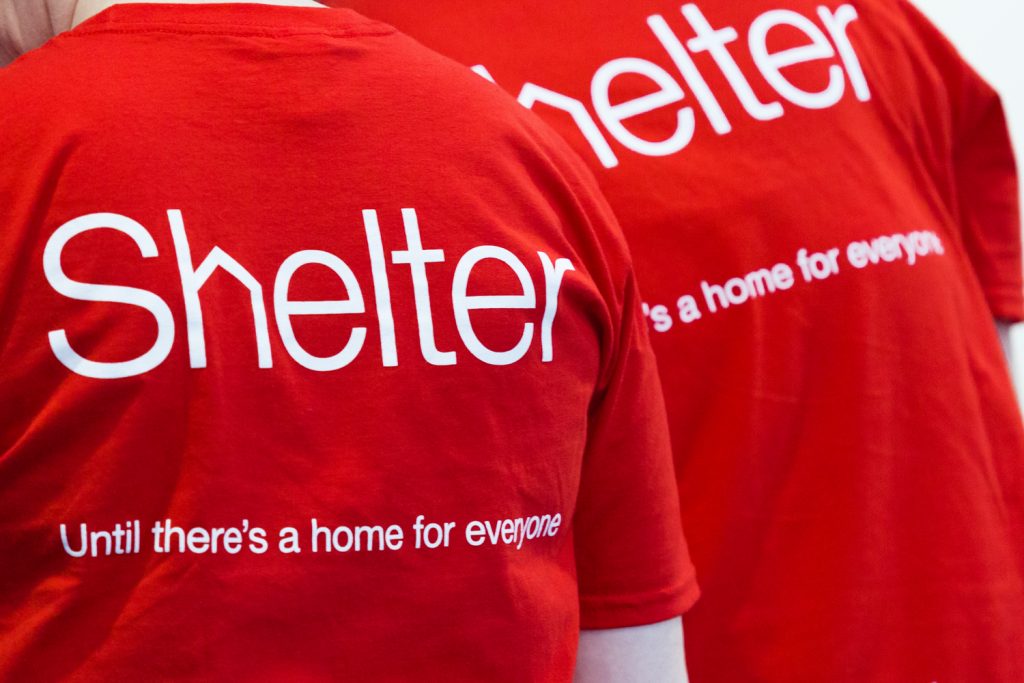 Above Photo: With an 85% vote in favour, and membership of Unite the union soaring in recent weeks, workers plan to strike from Monday 5 December until Sunday 18. Shelter.

By imposing a real-terms pay cut on workers in a cost of living crisis, the leadership at Shelter are exacerbating the very insecurities their housing charity exists to fight – so now, those workers are going on strike.

When it comes to understanding the homelessness crisis in Britain, few know it better than those who’ve experienced it first-hand. Mark found himself in that very situation ten years ago, and today, he still hasn’t escaped housing insecurity entirely. ‘To get out of my situation, I had to get private rented accommodation as opposed to the hostel system provided by the council,’ he tells Tribune. ‘My private rented flat was already massively expensive. And today it’s even worse.’

In those days he went on to volunteer for homelessness charity Shelter, and today he works there full-time. But the cost of living crisis is biting. Mark relies on a foodbank twice a month, and his general quality of life has rapidly deteriorated in the past year.

‘Every day’s a challenge,’ he tells Tribune. ‘Bills are going through the roof. I’ve never had to do a grocery shop like I do nowadays. I do my best to cut down and just get the essentials. It’s not even a case of looking for the cheapest option anymore. At this point, I can’t even afford the cheapest option.’ It’s having an impact on his partner, too, he adds, to the extent that she’s had to drop out of college because of the cost. ‘She’s having to pick up extra hours left, right and centre,’ he adds.

In March, Shelter made workers like Mark a three percent pay offer alongside a one-off £250 payment—given rising inflation, a massive real-terms pay cut. Then, despite outcry from staff and an overwhelming rejection from union members, this pay deal was imposed on staff in April. As a result, Mark is one of 500 Shelter employees now set to engage in strike action.

‘I was disappointed and disgusted. I genuinely believed Shelter to be a socially aware organisation,’ he adds. ‘That pay offer put that notion to bed.’

In 1966, the BBC play Cathy Come Home sparked a nationwide conversation about homelessness, and has since been cited as one of the most influential TV programmes of all time. A few days after its first broadcast, Shelter was launched—and over the years it’s grown in prominence, doing vital work to support those on the sharp end of Britain’s endemic housing crisis.

Sarah joined the charity in 2002, motivated by a desire to do work that makes a difference to people’s lives. She started out as a housing advisor on a 24-hour helpline before moving on to the digital team, working on Shelter’s website. In her twenty years at the company, there have been numerous disputes over pay and conditions: in 2008, Shelter saw strike action by its staff in response to changes to terms and conditions, and Ken Loach, in reference to Cathy Come Home, told strikers: ‘If Cathy were around today, she would have also been on the picket line.’

Sarah was the union workplace rep during the 2008 dispute. ‘They tried to impose contractual changes on us. Historically, there’s been disputes around Shelter actively going after our pay and pension contributions,’ she tells Tribune. ‘I’ve never had an inflation-based increase in pay in the twenty years I’ve been here.’

The result of this pattern is a charity set up to tackle issues like housing insecurity now exacerbating housing insecurity among its own staff. ‘A lot of our staff are young private renters based in London,’ says Sarah. ‘They’re caught up in the very housing emergency that they themselves are campaigning on.’

This year, the charity would eventually increase the one-off payment to £1,500—but this too was rejected by Shelter workers, who describe the offer as ‘wholly inadequate’. For one, the one-off payments negatively impact those employed at Shelter on working tax credits and Universal Credit to top up their low earnings.

‘We’ve had to fight tooth and nail only to get offered a bit more of a one-off payment that harms our lowest paid workers,’ says Mark. ‘It’s pushing our colleagues on tax credits over the threshold—so next year, when you put on your tax credit claim in, they will look at these one-off payments for the previous year and say you’re not entitled to tax credits. And once that claim is closed, you can’t reopen it.’

Shelter workers have consistently pleaded with the charity to provide a consolidated increase instead to get them through the coming winter months and beyond, but to no avail. Without a consolidated increase over time, many on the lowest rung of Shelter’s pay scales will face worse after April next year, as they’ll find it harder to claim means-tested benefits. ‘Once you give it to them, their level of benefit is reduced,’ adds Sarah. ‘You’re heavily taxed and you’re back to square one the following month.’

Lucy, a Shelter worker in London, says the cost of living crisis is hitting staff from every single angle. ‘It’s commonplace for staff to have no money left at the end of the month. I have colleagues who have fallen into arrears with bills, are eating less to cut down on the cost of food, and we hear constant accounts of staff suffering with stress and anxiety.’

She adds that she knows of single parents having to time their shops at the end of the day, waiting by the reduced section so they can afford to feed their families. ‘They can’t afford school uniforms for their kids, and are having to tell them they can’t afford to turn the heating on this winter.’

Workers and their union, Unite, are under no illusion that Shelter is able to make a fair pay offer. According to Unite, Shelter’s reserves stood at around £14.5 million last year, substantially higher than its target reserves of £8.9 million. The way that money is prioritised is also a cause for concern among staff. ‘A lot of money is spent on external contracts and consultants. There’s a lack of transparency,’ says Sarah.

At one meeting, Mark recalls, a challenge was raised: Shelter workers suggested a flat rate consolidated increase that would help the poorest the most. The response from management, he says, was that this would weaken the pay structure within Shelter, meaning the pay rise of those promoted wouldn’t be worth as much.

‘That to me is not about creating equity. That to me is about maintaining the status quo, which is a hierarchical pay structure,’ Mark says. Salaries for retail staff such as assistant managers and van drivers start at £19,000, while the chief executive receives more than £120,000 a year. ‘We don’t expect to be on huge salaries in the charity sector,’ adds Lucy, ‘but we expect to be able to live dignified lives. We can’t do the work if we can’t pay the rent.’

While Shelter management have been willing to have a conversation, their unwillingness to budge on a consolidated increase has left many with no choice but to take industrial action. With an 85 percent vote in favour, and membership of Unite the union soaring in recent weeks, workers plan to strike from Monday 5 December until Sunday 18.

Sarah says management’s unwillingness to budge stems from a culture within the charity sector where committed and passionate workers are made to feel that they should put up with attacks on pay and conditions out of misguided notion of philanthropic instinct. ‘They know that most people that come to work for Shelter are very committed to Shelter’s cause. And I think they play on it. They expect charity workers just to put up low pay really and not complain.’ In winning this dispute, she hopes to send a message to charity sector workers that they can organise for union recognition and fair pay—which, as she points out, ‘goes hand in hand with the essential work we do.’

No one wants to strike, Mark continues, and with the impact on their pay people are worried about the coming weeks. But they’ve been left with no other choice. ‘This stubbornness, this unwillingness, having to force their feet to the fire… We are going on strike in the busiest campaigning month because they’ve put us in this position. But we will because it’s right and necessary.’

‘We constantly hear from the leadership at Shelter that they understand times are tough and the impact of the cost of living crisis, but by refusing to put a decent offer on the table they are refusing to hear the cries of their own staff,’ Lucy adds. ‘We work for Shelter because we believe in it, we give our all to the job because we want to fight for a safe and secure home for everyone. But we have been pushed to our limits.’

‘The government is literally laughing in our face’: why Unison workers are balloting to strike – video

Why students must support the UCU strike

Why you should support the Socialist Workers Party

Why Amazon is terrified of Its U.S. workers unionizing