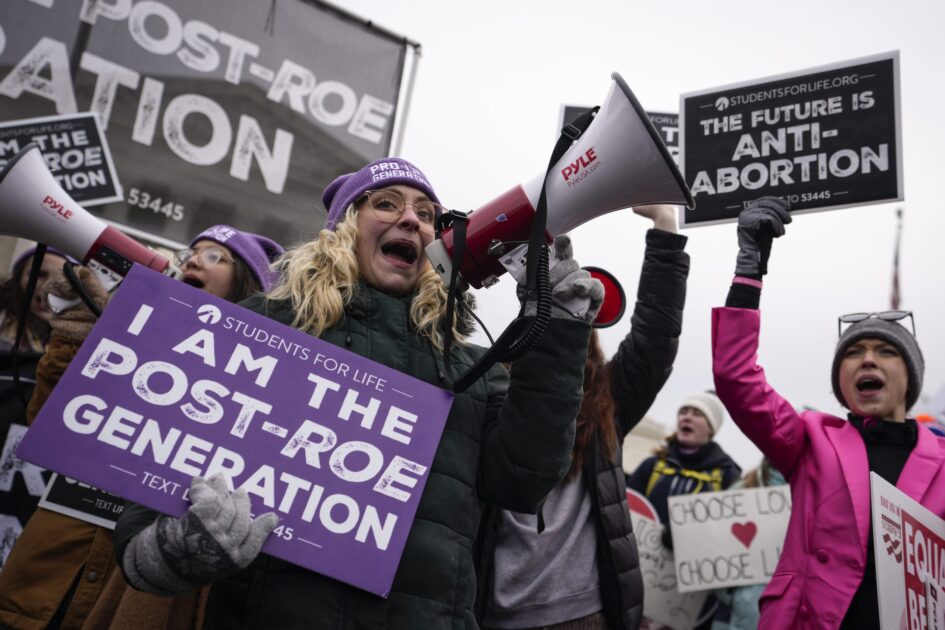 This story was originally published by The 19th on March 7, 2022. It is shared here with permission under a Creative Commons (CC BY-NC-ND 4.0) license.

Florida’s legislature passed a bill that would ban abortion after 15 weeks of pregnancy. Idaho’s Senate approved a bill to block the procedure after six weeks, modeled after Texas’ law. Georgia’s Senate advanced legislation that prohibits using telemedicine for abortion medication. And in Kentucky, the state House voted to pass new restrictions on abortion providers that, if enacted, could effectively shut down clinics in the state.

Legislatures around the country are voting on a variety of abortion restrictions, many of them not in line with the protections that have existed since Roe v. Wade was decided 49 years ago. They’re doing so with an eye on the Supreme Court, set to rule in a case that is widely expected to give more power to states to add limits to the availability of abortion. The bills vary, with differences in the time limits and measures they address. It is part of an effort to ensure that states have laws on the books that restrict abortion in as many ways as possible—so that they are prepared no matter what ruling comes down, likely this summer.

“States are really thinking seriously about ‘What do we want to have in effect this summer?’ and ‘What do we really need?’” said Katie Glenn, government affairs counsel for Americans United for Life, a lobbying organization that opposes abortion. “You’re seeing more divergent bills.”

The divergence in part reflects state differences in terms of what restrictions are politically feasible. But it is also a product of the uncertainty around how the court will rule in Dobbs v. Jackson Women’s Health, a case examining whether Mississippi can ban abortions after 15 weeks. Some legal observers and state lawmakers expect the court to allow 15-week abortion bans, but not total prohibitions. Others are expecting total bans will be allowed and preparing accordingly. Lawmakers are pushing other kinds of restrictions, too—on where and how abortions are performed, for instance—setting the stage to winnow access, no matter what the Supreme Court says.

Many Republican state legislators are working with an eye to November’s midterms, or even upcoming party primaries. They want to pass those laws now, so that they can spend the fall campaigning for reelection, rather than in the legislature. Glenn of Americans United for Life also said the restrictions give conservative lawmakers something to run on as they try to appeal to a base that strongly opposes abortion.

“They’re always thinking about enacting good policy and keeping an eye on knowing they’re going to be running for office. We see different things in election years and non-election years,” Glenn said.

Many also don’t want to wait for the Supreme Court to act, said Melissa Murray, a law professor at New York University who focuses on reproductive health policy.

“I’m sure it’s to make clear to the base where the appetites are. But it also has a practical effect. It may be the case you will shut down abortion down in March,” Murray said. “If you’re a true believer, that would be the obvious thing to do.”

Often new restrictions are quickly challenged by providers and blocked by courts. In many states, it’s unclear what immediate effect the laws have and what would happen to them if Roe is overturned or weakened. State attorneys general may have to go back to the courts and ask that unenforced laws be activated. And differences in state law and state constitutions may limit how far some individual legislatures can go.

But the uncertainty hasn’t stopped bills from moving through.

Beyond Florida, whose bill would take effect July 1, West Virginia and Arizona are both pushing 15-week abortion bans through the legislature. Both of those bills have been heard so far by one legislative chamber, and appear on track to pass and then take effect this summer, though they may be quickly blocked.

Some of the states passing new legislation also have stricter abortion limits that have been previously blocked by courts. Currently, 16 states either have abortion bans on the books that predate Roe v. Wade or have passed legislation that could ban the procedure if Roe v. Wade is overturned—a so-called “trigger law.” Five, including West Virginia, have amended their constitutions to clarify that they do not specifically protect abortion rights. Kentucky voters will consider such an amendment this November, and Kansans will vote on one in August.

Some states are moving to enact trigger bans before the Supreme Court rules. Wyoming’s House of Representatives passed its own trigger bill Wednesday. Abortion rights organizers in Ohio expect the legislature to act on similar legislation this session.

And some are targeting medication abortion, a two-pill regimen that can be used to terminate a first-trimester pregnancy and is now the most common method used in the United States. Part of its rising popularity is due to a spring 2020 move from the federal Food & Drug Administration, which allowed it to be delivered by telemedicine. The pregnant person consults with a health care provider over the phone or the internet, and pills are mailed to them. If clinics close, more people could turn to medication abortion, especially if they do not have to travel to a health care facility.

Coming into this year, 19 states already had laws prohibiting virtual care for medication abortion. South Dakota’s legislature has just passed a bill that would do the same—codifying an executive order previously introduced by Gov. Kristi Noem—but the bill will not take effect until a federal court reverses a decision blocking Noem’s previous order. Georgia’s Senate has approved a similar bill to prohibit telemedicine for medication abortion that has yet to be voted on by the state House.

“All the stuff on telemedicine and medication abortion is basically to to get out in front of Dobbs, in case the court leaves any daylight for the prospect of abortion,” Murray said. “Telemedicine would be the obvious place where demand would be shifted if clinics close. I think that’s why you’re seeing a lot of interesting in limiting medication abortion.”

Kentucky’s new bill also would impose new limits on medication abortion. But the part with the most potential impact would require abortion clinics to dispose of fetal tissue in a manner that providers say would be too expensive for them to sustain and would force them to shut down. Since access is already precarious—only two clinics provide abortions in the entire state—this could effectively end abortion access in the state even before the Dobbs ruling.

Because Kentucky’s Supreme Court has previously interpreted its constitution as guaranteeing the right to an abortion, a legal challenge could be successful if the new abortion bill, House Bill 3, is passed, said Tamarra Wieder, Kentucky state director of Planned Parenthood Advocates of Indiana and Kentucky. But between the impending Dobbs ruling and the state’s proposed constitutional amendment, it’s unclear what protections will remain. And once clinics are forced to shut down, it is often difficult to reopen.

While many states introduced Texas-inspired abortion bans at the beginning of the year, few have moved. Texas enforces its bans via civil lawsuits, empowering private citizens to sue anyone who has helped “aid or abet” the provision of an abortion after six weeks. Lawmakers in Oklahoma and Idaho are so far the only ones to have even given their Texas-style bans a hearing, let alone a vote.  Florida was among the first states to see such a bill endorsed, before its legislative leadership opted for a 15-week ban instead.

For some lawmakers, it’s a source of tension: whether to wait on the high court, or act now and pass restrictions that may or may not withstand scrutiny.

“I think we should wait and see what the ruling is. I think this is a little bit too quick,” said Jim Patrick, a Republican state senator in Idaho, during the chamber’s debate of their abortion restriction, which passed Thursday.

Polling suggests that majorities across all political parties disapprove of the Texas law’s reliance on civil lawsuits to enforce an abortion ban. And in many states, lawmakers are counting on a ruling that does not need to rely on private lawsuits, an enforcement mechanism that was designed to evade being stopped by courts.

“Even in Texas, that is not a forever solution,” Glenn said. “I think it’s seen as kind of a temporary tool. There are other states that are like, ‘Let’s wait and see what happens. We’ll maybe have a better law [already] on the books.’”

Americans United for Life is currently working to identify laws that were previously passed and then blocked by the courts but that could be newly enforced after the court’s ruling, which is expected to come down this summer. Those could include near or total bans, or limitations that make it harder for clinics to provide abortions. The organization is also consulting with Republican attorneys general across the country about how to respond if Roe is overturned or weakened.

“That’s one of the things we’re looking at closely. You don’t need to pass new laws if you have old laws that aren’t enforced,” Glenn said. “They may need updates, but that’s a good starting point.”

Depending on how the court rules, any opening for abortion rights could result in years of litigation, as providers try to figure out what services remain protected. The “devil is in the details,” Murray said.

Currently, abortion clinics too are consulting with lawyers to see if and how they may be able to challenge any new abortion restrictions that take effect this summer or later. But the reigning uncertainty over how the court will rule means it’s not clear what claims clinics will have to file suit.

“We’ve been talking with our lawyers about what different strategies might be depending on the decision,” said Jen Moore Conrow, who heads Preterm, an Ohio-based abortion clinic. “We can scenario plan all we want and we won’t know until the decision.”

The left and state restrictions

Why is the US so backward on abortion?