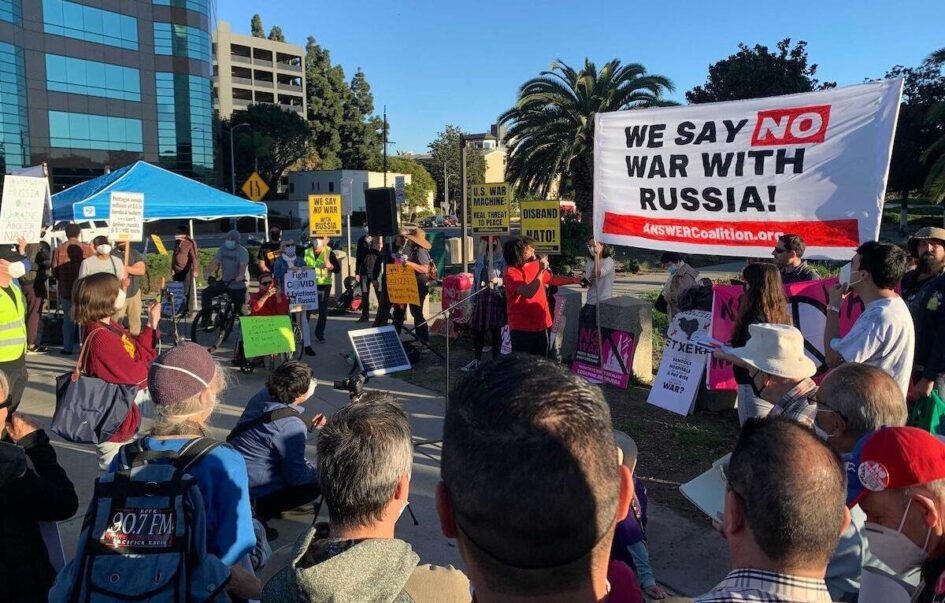 A few weeks ago, public opinion polls showed that most people in the United States were opposed to any direct involvement in a war in Ukraine. But now, as a consequence of the non-stop war-mongering coverage of the corporate media, many people support a “no-fly zone”. But this is a recipe for an even bigger catastrophe. If the United States were to declare a no-fly zone, that means that U.S. aircraft would shoot down Russian aircraft — open armed conflict between the two largest nuclear powers!

The Party for Socialism and Liberation is distributing the following pamphlet across the country to combat the pro-war frenzy being promoted by the media and ruling class politicians. We want peace — not World War Three!

Ukraine No-Fly Zone “could lead to end of human civilization”

Ukraine: trapped in a war zone

We only want the earth: a new pamphlet from rs21

Pamphlet: What the Socialist Party stands for