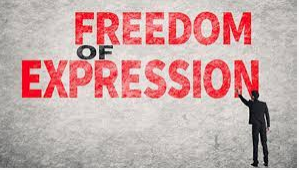 This year, New Zealand’s parliament will debate the ACT party’s Education and Training (Freedom of Expression) Amendment Bill.  This relates to tertiary education, which many workers are denied. Despite that, I believe it’s in workers’ interests that this Bill becomes law.

“ Freedom of expression and academic freedom are critical values for institutions of higher learning. Tertiary education institutions like universities are funded by taxpayers for the purpose of freely and openly inquiring into difficult ideas. Fostering the ability of students to discuss and debate such ideas is an essential part of their educational mission…. tertiary education institutions are required by the Education and Training Act 2020 and the New Zealand Bill of Rights Act 1990 to uphold academic freedom and freedom of expression, but it is currently not a condition of funding that institutions adhere to these requirements.There is, however, a growing trend of universities using health and safety obligations, in particular the risk to the mental wellbeing of students, as a pretext for ‘deplatforming’ speakers and cancelling events where they might be perceived as controversial or offensive. For example, Massey University’s recently released policy on freedom of expression cites ‘mental harm to students’ as a reason that speakers may be ‘deplatformed’ or events cancelled”.

As a counter to various trends restricting free expression, ACT’s bill would prevent universities denying the use of premises to people purely on grounds of their beliefs or views. It would disallow universities avoiding  freedom of speech requirements by claiming allowing someone to speak will cause potential mental harm to some staff or students. The Bill would also prevent the Tertiary Education Commission funding institutions failing to comply with its freedom of speech obligations.

Tertiary institutions are certainly funded by taxpayers, many of who don’t personally enjoy higher education’s benefits. ACT’s other claim that higher education’s purpose is “freely and openly inquiring into difficult ideas” is starry-eyed nonsense. Education’s main purpose in a capitalist society is to train upcoming generations of workers, to pass on essential skills, to instill obedience and acceptance of orthodoxy. Over past decades, this process has tightened up a lot, with liberal arts making way for more and more business studies. Since their inception, institutions of higher learning have essentially been bastions of privilege.

Universities have also contained a smaller counter trend, one of questioning and dissent. In countries all over the world, minorities of students have investigated radical ideas, becoming activists and revolutionaries supporting workers’ struggles, often against the approval of university authorities.

Today, student radicalism is at a lower ebb. All the more reason why exposure to new ideas should have maximum encouragement. But what about possible ‘mental harm to students’? This concern is misplaced. We live in a risky world with possible harm at every turn. Every day of every week New Zealand women are bashed by their partners and often killed. Mental health is a real issue, but it is not caused by exposure to different or even offensive ideas. It’s a prevailing idea that it’s quite okay for some people to own dozens of run down flats and charge low paid toilers hundreds of dollars a week to exist in them. I find this appalling idea and its reality offensive and disgusting to the nth degree but have to somehow not let it affect my mental health. Yes, but what if words attack someone personally? Each passing year I get older, a condition I can do nothing to change. Quite often, people disagreeing with me politically choose to use my age as a post against me. The first time was quite a while ago, at a socialist meeting where my argument was dismissed by “But Don, you’re sixty-two!” It’s not fun being put down in this fashion, but I wouldn’t, to use a popular expression, claim it was ‘literal violence’. Literal violence is getting punched in the nose.

In 1968 I spent one year at Victoria University. That year was politically tumultuous across the planet. Most of the extraordinary upheavals passed me by, I had no interest in politics and spent most of my time in the university library lazily reading novels. When I went to the cafe there were often noisy tables of students from the Socialist club yelling abusively at each other. They looked and sounded quite crazy so I just avoided them and their meetings. A few years later, after I’d been swept up in the anti Vietnam war protests and moved from there to involvement in union battles I came to see that there’d been a point to the students’ debates. Untidy, offensive, unreasonable but they’d been part of a process which went on to get people some justice.

But ACT don’t want to see anticapitalist activity breaking out do they, they must surely have some nefarious purpose for demanding more academic freedom of expression? Who knows? On this one issue I see no reason to disagree with ACT, but we’ll never get to the bottom of it, or anything else until we shake off fears of openly saying to each other what we truly think.

Why you should support the Socialist Workers Party

Lev Vygotsky and the “antipedology campaign” in Soviet education