Will new governments in Germany and Norway take serious action on climate crisis? 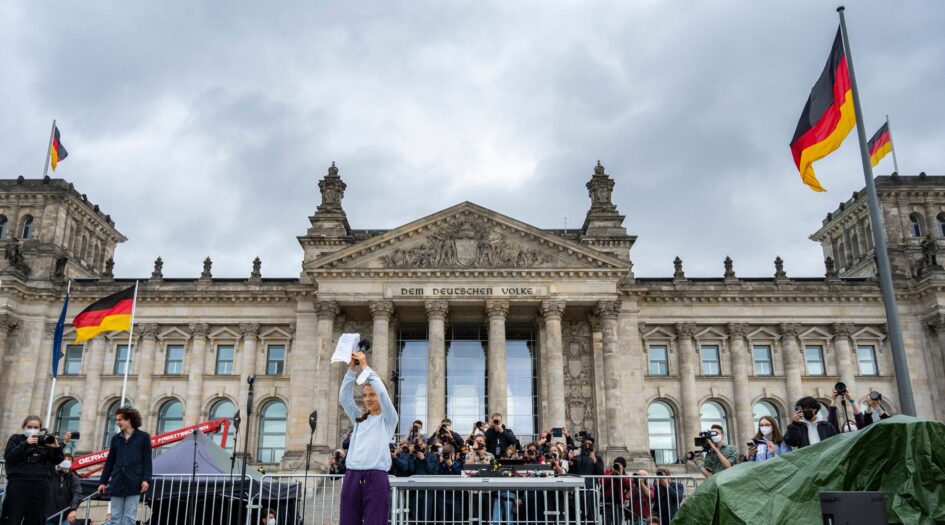 Recent federal elections in Norway and Germany saw entrenched conservative and neoliberal governments swept from power, replaced by an odd assortment of liberals, leftists, and Greens. In Norway, Europe’s largest oil and gas producer, a new ruling coalition has emerged between the social democratic Labour Party and agrarian Centre Party. In Germany, Europe’s economic powerhouse and its largest energy consumer, Chancellor Angela Merkel has stepped down after nearly two decades in power, the Social Democratic Party of Germany (SPD) is now the largest party, and the Greens drew nearly 15% of the vote, gaining 51 seats in the Bundestag. In the wake of record-setting rain and flooding in Germany this summer, as well as near-record heatwaves in Nordic countries, tackling climate change was a major concern for voters in the recent German and Norwegian elections. With new coalitions in power, what hope is there that each country, and the European Union writ large, will take substantive steps to address the climate crisis?

In this interview, TRNN contributor David Kattenburg speaks with Jule Könneke and Rafael Loss about the recent European elections and what opportunities they present for Germany and Norway’s new coalition governments to take serious action. Jule Könneke is the former president of Polis180, a Berlin-based think tank on foreign and European affairs; she is also a climate diplomacy researcher at the German NGO E3G. Rafael Loss is the coordinator for pan-European data projects at the European Council on Foreign Relations’ Re:shape Global Europe project; he is also a co-author of the policy brief “Europe’s Green Moment: How to Meet the Climate Change Challenge.”

The heat is on: Will UN climate change conference finally result in serious action?

Serious threats on the International Day of Peace