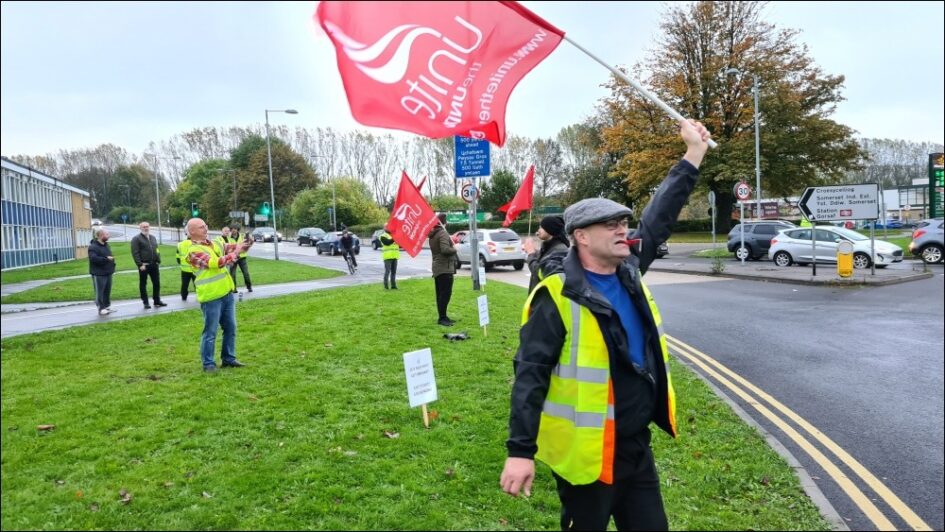 From The Socialist newspaper, 24 November 2021 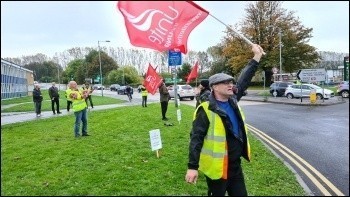 An NHS in crisis, prices rocketing and Universal Credit cuts condemning millions to hardship. Attacks on pensions and now social care funding. All overseen by a Tory government comprised of MPs who take lucrative second jobs, led by a prime minister prepared to cover up illegal lobbying.

The ‘levelling up’ fantasy is being exposed as a farce, and fearful Tory MPs are in revolt. Now is the time, when the Tories are so weak, divided and floundering, for workers to get organised, and for the trade union leaders to go on the offensive to fight for our interests.

At the forefront of the struggle are NHS workers fighting for a 15% pay rise and to defend the NHS.

On 22 November, as Johnson reeled from the blow of 47 Tory MPs refusing to back his social care changes in Parliament, NHS workers rallied outside. Unite the union, representing over a million workers, gathered campaigners to oppose another Tory disaster – the Health and Care Bill.

“I work at Homerton Hospital, I’m one of the outsourced staff fighting for NHS pay and conditions. I believe it is absolutely necessary to campaign to stop this dangerous bill.

“The bill threatens the potential break up and privatisation of the NHS, including attacks on national pay bargaining, just as we are entering pay ballots for all the unions in the health service. It also promises, but doesn’t deliver, plans to integrate health and care. We all know what’s needed to solve the care crisis – that’s to nationalise care in Britain to provide it free at the point of delivery, publicly funded – just as our NHS was set up to do.

“To save our NHS we need not only to defeat this bill, we need to fight a mass campaign for proper funding. We need to pay NHS workers a wage they can live on. Nationalise the pharmaceutical companies – that would help with the NHS funding crisis. We need to fight to bring all privatised services back in house.”

“In my union branch, we have been down to support workers in another private company Serco, who work at Barts Hospital Trust. They are currently balloting for strike action in three hospitals for equality with NHS workers in terms of pay. They are also campaigning to be brought back in house. We need a national coordinated campaign to bring all outsourced workers in the health service back in-house on NHS pay and conditions.

“Almost every health union is currently balloting, and I call on health workers here tonight to vote to reject the absolute insult of 3% and to vote for strike action. Today, the Financial Times said real inflation is closer to 6% than 3%. 3% is a massive pay cut if you include paying an extra 1.5% on your National Insurance, and a £20 a week cut in Universal Credit. 15% is really a drop in the ocean. NHS pay has dropped 20% in the last eleven years we should be campaigning for that to be restored.

“We want all the health unions to coordinate any strike action that happens. But further, there are our colleagues in the rest of the public sector and the private sector also facing pay freezes or pay cuts. We need to coordinate as widely as possible. This government is weak and divided, it can be defeated.”

Cricket’s history of racism and elitism

Midwives march against unsafe staffing and for adequate funding

What did you think of Socialism 2021?

Sudan: “Hamdok has sold the revolution!”

The struggle for accessible workplaces and an inclusive society

West Sussex: Payouts for council bosses, cuts for us