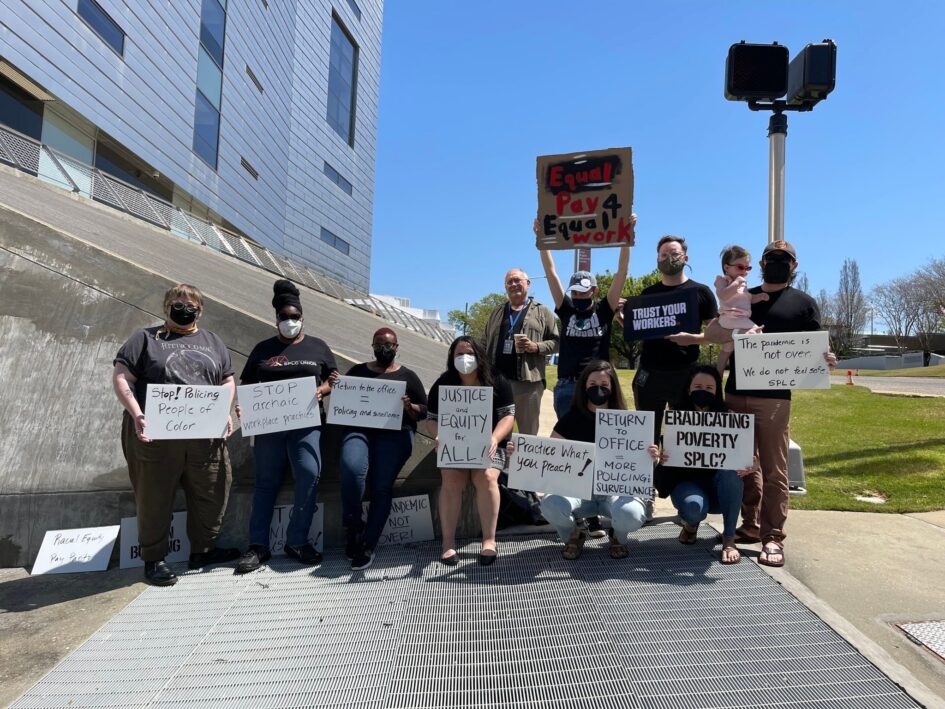 The Southern Poverty Law Center is a historic civil rights organization that, for 50 years, has been advancing social justice through legal, educational, and advocacy efforts, primarily in the Deep South. However, after overwhelmingly voting to unionize in 2019, staff at SPLC say the organization has been stalling negotiations over their first union contract and unfairly treating its lowest-paid and most marginalized workers. On Monday, March 28, as noted in a press release from the SPLC Union, workers held an informational picket outside the organization’s headquarters in Montgomery, Alabama, “to protest management’s forcing mostly Black women employees to return to the office while allowing the option of remote work for white and higher-paid employees.” In this Working People interview, TRNN Editor-in-Chief Maximillian Alvarez talks with Katie Glenn, who has worked for SPLC for nearly three years and is a member of the SPLC Union bargaining committee, and Lisa D. Wright, who has worked at SPLC for over 20 years, was a member of the original organizing committee, and is also a steward and a member of the SPLC Union bargaining committee.