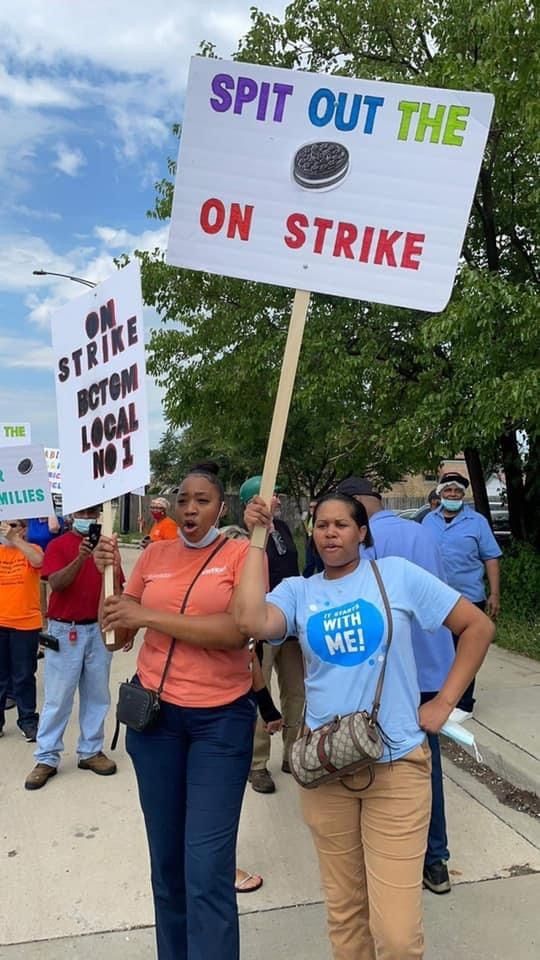 This statement was issued Aug. 25 by the Secretariat of the World Federation of Trade Unions/La Federación Sindical Mundial. Nabisco workers on strike in Chicago say, “No contract, no snacks!”

The World Federation of Trade Unions, which is the militant voice of 105 million workers in 133 countries around the world, conveys its solidarity to the workers of Nabisco Company in the U.S.A. who are on strike in five locations: NABISCO distribution centers outside Atlanta, as well as in Portland, Ore., Aurora, Colo., Richmond, Va., and Chicago, Ill.

Nabisco workers in all five locations join voices and demand from the Company to stop exporting their jobs to Mexico and to end its demands for contract concessions.

The world class-oriented trade union movement stands by the side of NABISCO workers who fight from Oregon and Colorado to Illinois, Virginia and Georgia against negative changes in their contracts and working conditions. We urge the fulfillment of their just claims and the protection of their working rights.