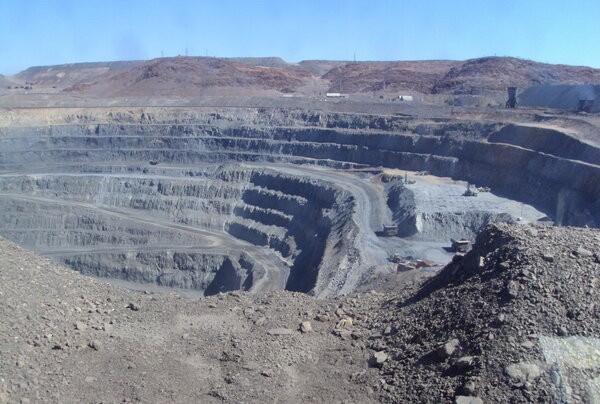 With just days to go before the Cop26 climate conference, world leaders are already ­weakening their climate ­promises and ­protecting the fossil fuel industry.

A new leak made public by the Greenpeace reporting team revealed that several countries will lobby to remove some points in the latest Intergovernmental Panel on Climate Change (IPCC) report.

And states that are members of Organisation of Petroleum Exporting Countries (Opec) are organising to remove recommendations for a rapid phase out of fossil fuels.

The sixth IPPC report says that countries should encourage people to move to plant-based diets.

So countries that are big exporters of meat and dairy, such as Brazil and Argentina, are also looking to lobby to change the IPCC report.

The Greenpeace leak exposes over 32,000 comments by governments, academics and corporations made after the draft of the IPCC’s report was released.

One of the leaks shows how an Australian government official denied that burning coal leads to higher greenhouse gas emissions and rising global temperatures. Australia is the world’s largest exporter of coal.

Saudi Arabia rejected the use of the word “transformation” in the report. Instead, the third largest oil producer preferred phrases such as ­“transitioning” and “planned interventions”.

Governments are also keen to cover up their climate crimes, ­according to the leak.

Meanwhile, Opec will reportedly ask the IPCC to remove a document that seeks to expose “lobby activism”, which creates barriers to climate policy being made. Another part of the leak reveals that ­governments are asking for carbon capture technology to be more widely used to reduce emissions.

“On the eve of the crucial Cop26 talks there is, to me, a clear public interest in knowing what these ­governments are saying behind the scenes”, he added.

The IPCC has no obligation to follow or respond to any country’s government. A spokesperson said that its processes were “designed to protect” against lobbying.

But the leak reveals what many of us already knew. Governments are ready to ignore the science and ­continue their unshakeable support for the oil and gas industry.

In the same week as the leak, the UN Environment Programme (Unep) issued a warning that fossil fuel ­production must be cut by half.

Unep’s 2021 report detailed how fossil fuel use is projected to go up despite the many promises by world leaders to cut back on emissions and achieve net zero. Some of the countries that were revealed to still provide significant support for the fossil fuel industry include Germany, Britain, India, Norway, Australia and the US.

The authors added that fossil fuel use looks to increase until 2040. All of this, the report said, will be inconsistent with limiting temperature rises to under 1.5 degrees Celsius.

At the protests against Cop26, activists must rage against world leaders and their cosy relationship with fossil fuel bosses that are ­leading us to climate breakdown.

Organisers of Cop26 have only recently announced that major oil and gas corporations won’t play an official role in the conference.

It was revealed that companies such as BP had been approaching government officials to participate in the conference but have been denied a formal role.

Some analysts have heralded this decision as impressive.

But fossil fuel companies should never have been allowed near a climate change conference in the first place. And the sponsors of Cop26 still include energy companies that primarily rely on fossil fuels such as SSE, Scottish Power and National Grid.

These companies will be given every opportunity to push for continuing the oil and gas industry while greenwashing their climate crimes.

Cop26 might not officially give companies such as Shell and BP the large platform they want. But it hasn’t thrown out oil and gas bosses altogether.

Why carbon capture can’t save us

The Tories and other world leaders say that carbon capture and storage (CCS) technology is the best way to reduce emissions.

While CCS reduces emissions, it would keep the fossil fuel industry running.

That’s why those in power and the fossil fuel bosses find it appealing.

CCS might reduce CO2 from the smokestacks that pump out emissions, but, as a process, it doesn’t deliver net-zero emissions as it promises.

Even if the process could harvest all emissions, which at most power stations it doesn’t, other operations involved in CCS still produce emissions.

The transportation of CO2—either through reinforced steel pipelines, over land or across the sea to where it will be stored—adds to emissions produced.

If the whole process is accounted for, power plants that use CCS need around 25 percent more energy to work than those without.

This means that plants using CCS will often burn more fossil fuels than those that don’t.

In a report in the Nature Energy Journal in 2019, a group of researchers made it clear that the money being pumped into CCS should instead go to renewable energy projects.

Yet world leaders continue to put their faith in it because it allows fossil fuel companies to keep making profits.

The only solution to significantly cut back on emissions is to stop burning fossil fuels entirely.