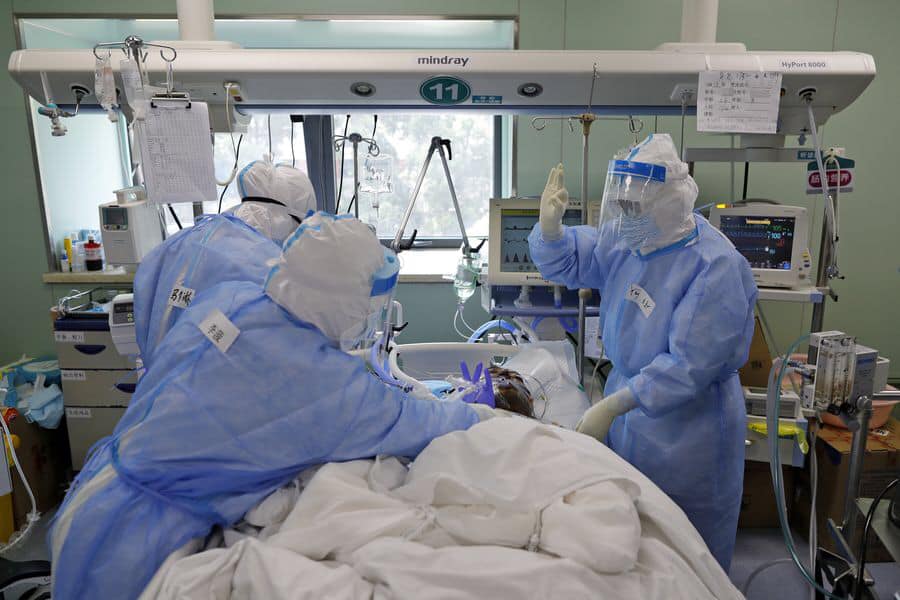 Communist Party of Britain general secretary Robert Griffiths and international secretary John Foster have issued the following statement 27 August 2021.
“The Communist Party of Britain views with deep concern the attempts by the Biden administration and far right circles in the US to intensify their propaganda campaign against China with highly misleading claims about the origin of the coronavirus SARS-CoV-2.
In particular, the claim that the virus originated in the Wuhan Institute of Virology have to be seen in the context of former President Trump’s 20 per cent expansion of the US arms budget, maintained by Biden; by the imposition of economic sanctions designed to harm the Chinese economy; and by provocative military exercises in the immediate vicinity of China.
Leading experts in virology in Britain have expressed extreme scepticism about US claims, citing the extensive genetic evidence that currently exists and which points to the origin of the virus in nature. They include the professor of virology at Glasgow University, David Roberts, his counterpart at Cambridge University, Professor James Wood and Sir James Farrar of the Wellcome Institute.
In the Lancet of 5 July 2021 a large number of academic researchers in virology jointly condemned the attempt to politicise the issue.
A more recent article in Nature warned that the focus on the ‘lab origin’ claims was diverting attention from what should be the real focus of investigation, namely, the almost certain transmission of Covid19 via wild animal markets and farms. This investigation needs to be conducted very quickly, before human anti-bodies fade and – as a result of the precautionary closure of such markets and farms in China – the potential animal hosts are lost.
It is therefore important for all on the Left, and all who value peace, to be alert to this new propaganda campaign being waged by the Biden administration and others. We need to ensure that this issue, as with other current foreign policy issues, is not used by the British government to justify its support for the US ‘new Cold War’ drive.
Already, Boris Johnson’s government has announced its plans to expand Britain’s nuclear weapons armoury and collaborate with the US in the militarisation of Space. Such military expenditure is being increased as the job furlough scheme and the £20 uplift in Universal Credit are being brought to an end, and as the working class and peoples of Britain face a new round of austerity attacks on public services, wages, pensions and social benefits.”