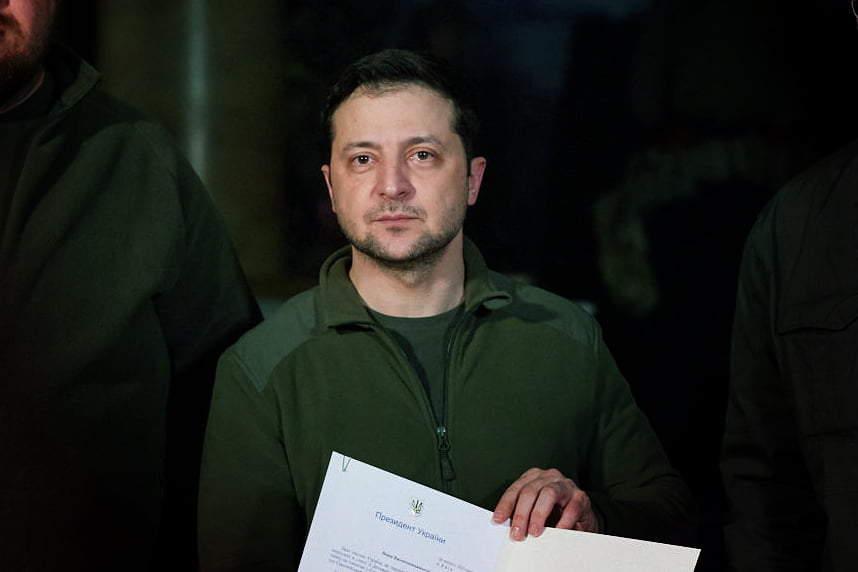 Volodymyr Zelensky’s government continues to cynically use the invasion to justify repressing political opponents in Ukraine. Meanwhile in Russia, opponents of the war—including supporters of the Marxist Tendency—are being expelled from the youth wing of the Communist Party of the Russian Federation.

Check out the recent statement on the war produced by our comrades of the Marxist Tendency in Ukraine.

Eleven organizations have had their political activities criminalized for the period of the armed conflict. While some of these organizations are farcical, and there are members of these groups who do have favorable attitudes toward the Russian invasion, no evidence of collaboration has been presented.

While a handful of the members of these organizations actually cheered the Russian invasion, most are just opposed to the government and have not taken any actions to support it. Among these are the Left Opposition, the successor party to the Communist Party of Ukraine (CPU), who had their activities curtailed by the decommunization laws of 2015. It is worth noting that their sister party, the Communist Party of the Russian Federation, by shamefully backing Putin’s invasion and adding fuel to their alienation from Ukrainian workers opposed to the Russian invasion, has not made things easier for the CPU.

The main bourgeois opposition parties (Opposition Bloc), which have historically supported closer economic links with Russia, have also not been shown to have collaborated with the invasion either. The “Opposition Platform—For Life” (OPFL), which has 43 MPs in the Rada, is among those parties banned under the accusation of “collaborating with the aggressor.” In fact, the OPFL had expelled one of its MPs for supporting the Russian invasion, had issued a statement demanding Russian aggression to stop, and had called on its members to join the Territorial Defense. This party came second in the most recent parliamentary election in 2019, with 1.9 million votes (13%). The combined vote of the three parliamentary parties banned was 2.7 million (18%).

Other parties with no parliamentary representation seem to have been banned because their name contains the word “Socialist” or “Left,” or because their constituency is among ethnic Russians. It should be said: this has nothing to do with the interests of national defense, but with the interests of Zelensky’s party holding a monopoly on power after the potential ceasefire.

Numerous arrests of left and opposition activists have also been reported. For example, Yuriy Tkachev of the Odessa publication Timer was arrested at his home by internal security (SBU). Tkachev has been engaged in fairly neutral reporting on the conflict, including informing residents of the damage wrought by the Russian shelling and air strikes. Nevertheless, he was charged with handling explosives and weapons. Tkachev was key to the reporting of the Odessa massacre May 2, 2014.

Arrests of various activists are being reported every day. We need to oppose the cynical moves of the Zelensky government to arrest and threaten opposition without any proof of wrongdoing. No doubt those in power know that using accusations of collaboration as a smear tactic can help further demoralize potential future opposition sentiment when things return to the oligarchy rule of the status quo ante. This is why so many different organizations are being lumped into one with this law.

As well as deciding to ban eleven parties, Zelensky has also used martial law powers to combine all the country’s TV stations into one single broadcaster under the control of the government. This conveniently allowed him to suppress a TV station linked to Poroshenko, which had criticized Zelensky’s stance on giving up NATO membership. This was probably a cynical attempt by Poroshenko to gain political advantage. But in any case, the fact remains that the government has now prevented the broadcasting of any critical views, including those which cannot in any way be accused of favoring the Russian invasion.

What does Ukraine president, Volodymyr Zelensky, really stand for?

“Honest mistakes”: How the US and Israel justify the targeting and killing of civilians

Interview with Frank Chapman, of National Alliance Against Racist and Political Repression (NAARPR) as we start 2022